One of the many provisions of the Lord this summer has been a car that my grandparents are lending me. Having never had a car to use as my own, even just for a season, it has been not only extremely helpful and necessary during my internship, but fun too to be able to get up and go someplace whenever.

Accompanied with the joy of the car have also been some adventures. The latest adventure involved the poor little Buick becoming overheated again after just filling it up with coolant two weeks ago. This isn't the first time the car has overheated, so I knew it was probably the coolant, but I didn't feel safe even driving it to a place where I could have someone take a look at it.

Thankfully, Mom had spent the day in Colorado Springs and had been driving right behind me when I panicked slightly at the rising temperature and had to pull off into the parking lot of a YMCA. We sat in the parking lot trying to figure out what to do, and ended up having to leave the car parked there and Mom drove me back to my "Forest Lane" home before she headed back up to Denver. 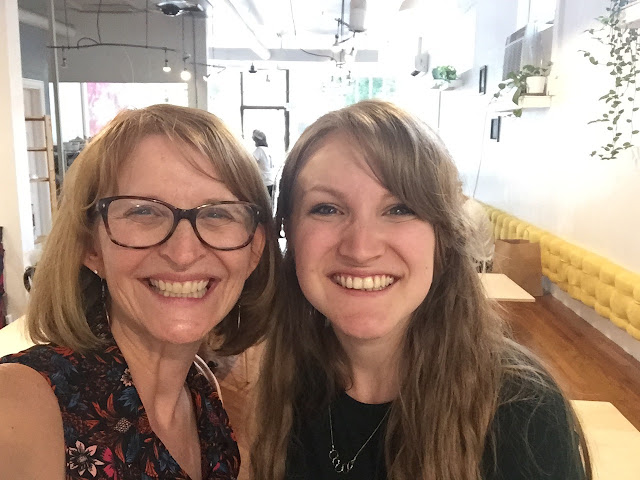 By this point, I was stressed. Car troubles baffle me. Fixing cars is definitely not my strength. We all have our weaknesses, and this is one of mine for sure. After Mom dropped me off, I sat down on my bed and took deep breaths, closed my eyes and told the Lord where my heart was at. I know cars overheat; that's not something that is unfixable by any means, but it concerns me not knowing if there's a leak or a bigger problem behind it. As I was praying, the Lord kept reminding me of the ways He had already provided and protected, down to the very last detail of there being a parking lot on the way back as the car overheated.

I realized that some praise to Him was definitely in order. And then I remembered a song that was actually on a lullaby CD I had played for my 2-year-old in class last week that was based on Matthew 6:34. Some of the words of the song go like this...

It was a reminder of His promises and of His Father heart. He cares about the littlest things, like what we eat and what we wear, so he knows about this car issue too. I asked Him to take care of these car things right when they needed to be taken care of and to provide peace and wisdom. I didn't feel relief right away, but still, I felt comforted.

I woke up the next morning at 5:30AM to get ready for an early hike with my hiking buddy, "K". She picked me up (since she knew of my car troubles) and we headed for the Air Force Academy to get to the Stanley Canyon Trail. K's son-in-law, "R", is a retired military officer, so he was able to get us on base and then pick us up after our hike. I had never met him before today, but R was kind and servant-hearted. 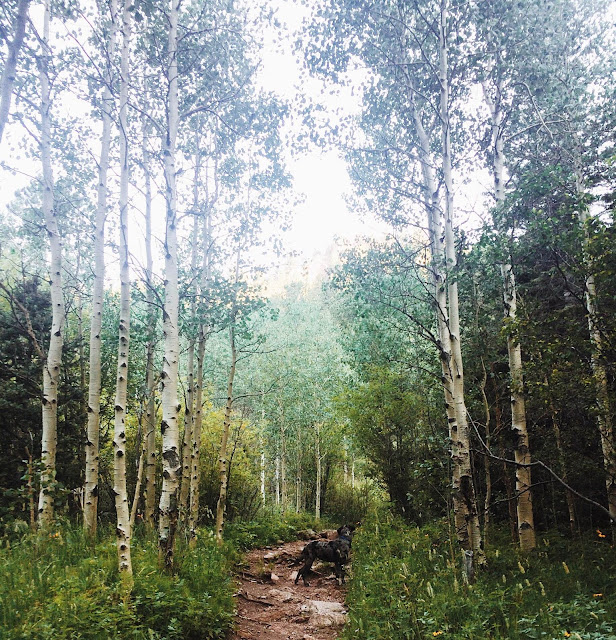 After our hike, K and R offered to take me to the store to get coolant and then R took care of everything. He helped me figure out which coolant to buy, helped carry it out of the store, and then filled the car up with coolant and made sure it ran smoothly. At one point R told me how old his own car was, and it happened to be from the same year I was born. After this funny coincidence, he realized he could be old enough to be my dad, and that triggered my memory of the prayer I had uttered the night before.

This photo represents so much grace, love and care from the Father to me today (this is K and R with R's Jeep!). 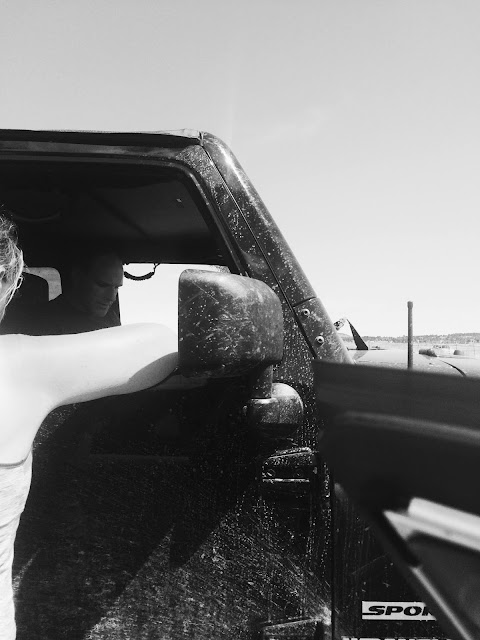 I had asked the Lord to be who He is as Father and take care of something so little as car troubles. And you know what He did? He sent someone whom I had never met before to be "like a dad" for half an hour and get the car settled. I wasn't alone, I didn't have to figure it out on my own, and the Lord proved Himself yet again. Not because he had to, but because he loves his children so much that he wants to show that love. His love is the lavishing kind, the kind that knows our hearts and knows exactly what we need.

Your heavenly Father knows what you need,
So take no thought for tomorrow.


P.S. Would you pray that this dear little car would continue to run smoothly for the next two and a half weeks I'll be using it? Thank you!!