Children's Ministry: A Snippet of the Backstory

I never would have thought three years ago that I would be sitting here, surrounded by four precious babies. I was a sub for a teacher who was sick today, so I got to hang out with the nursery kids for the day at my internship, and it was a delightful surprise not only because of their sweet faces, but because of the reminder of where the Lord has brought me from (hint: I could never have done this three years ago).

I share this photo not to tell you about baby skills (which I still have lots to learn in!), but to be a testimony to God's calling and the way He not only equips us for the plans he has for us in the future, but also changes our hearts too. 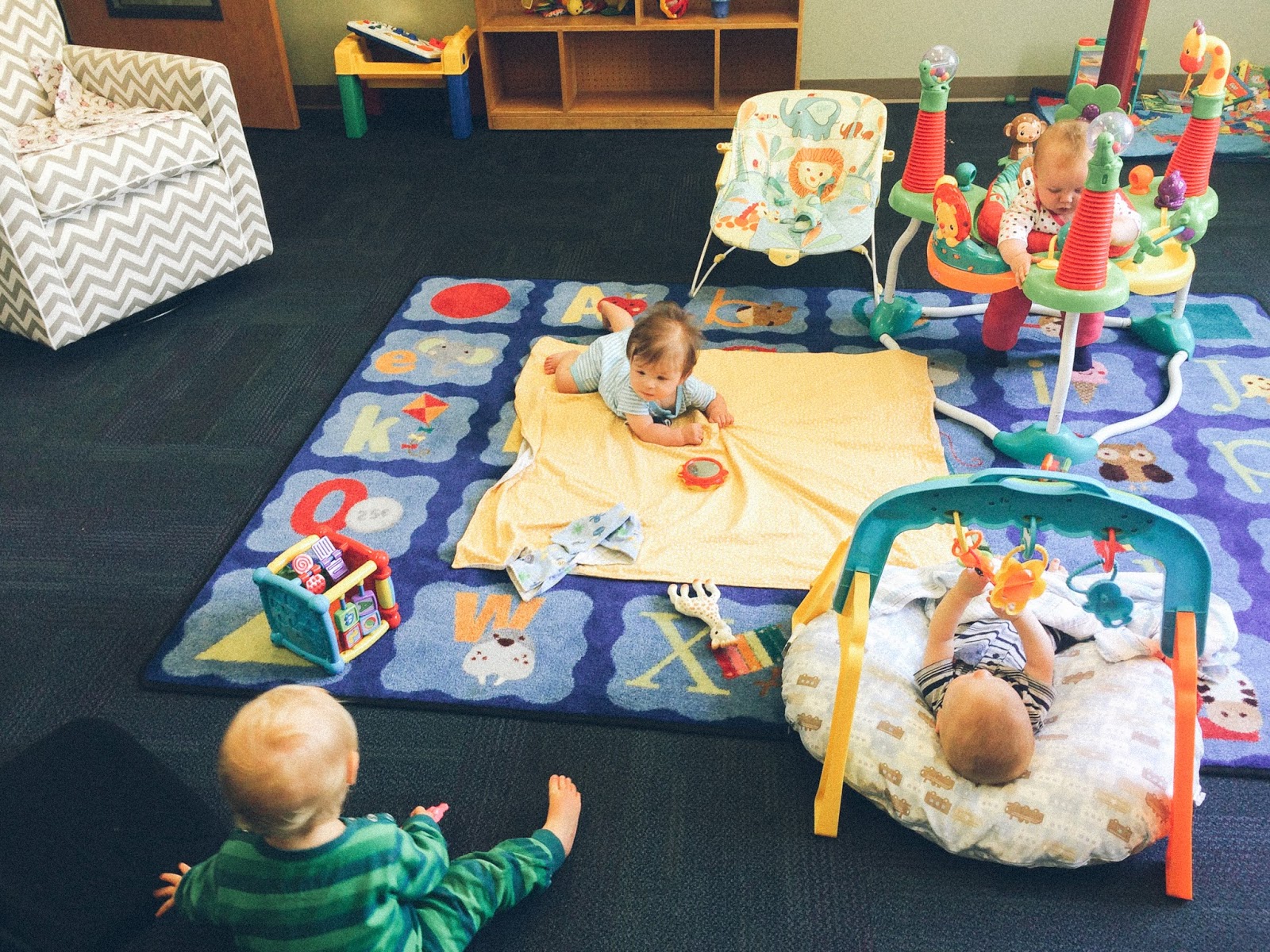 Before college I don't think anyone would have guessed I would go into Children's Ministry. I didn't really have much experience working with kids, but more than that, I didn't have a desire to. I thought kids were fun, but felt awkward when they were placed in my care. I was the teenager who didn't rush to hold babies or play games with little ones. In fact, I was often scared of any responsibility concerning kids, for fear of messing up or not knowing what to do with them.

I went to Moody to study TESOL (God knew that's the only major that would get me there in the first place; I needed something "concrete" with a clear target in mind), but quickly discovered that teaching English was not the right place for me. I cared too much about relationships with people and not enough about English itself. If I were to be an English teacher and build relationships, I knew I would have to steward my position and give my all to being the best English teacher I could be. I just wasn't too excited about that. English wasn't my passion, and I knew my students would suffer from that. I also recognized my pragmatism in choosing the major, and was convicted of being of little faith for what the Lord might have ahead.


Thus, God led me to Children's Ministry. I was shocked when the idea even came to mind as I was researching other majors at Moody. I had been doing my PCM (Practical Christian Ministry - part of Moody's curriculum and vision) at an after-school program on the West side of Chicago with inner-city kids for a semester, and that had opened my eyes to the impact God's Word and a lot of love can have on children at young ages. Other than my PCM though, I didn't have much exposure, let alone experience, with kid's ministry besides what I grew up with during my childhood.

I knew by this time that Moody was 100% the right place for me to be, but I was surprised that my foolproof plan had been dashed and I was among the high number of students who switch their majors during college (I never thought I'd be one of them, but alas, God knew I needed humbling!). My heart kept being tugged towards Children's Ministry, though I didn't know why. I sought wisdom from those who knew me, talked with my parents a lot, and went for it. Children's Ministry it was.

There's more to the story than what I can even share in a blog post, but let me tell you, after I switched majors, my heart was not the same towards children. Slowly, surely, the Lord began pulling my clenched fingers off of the concept of control, and he opened my eyes to the beauty and delight of the littlest ones of his Creation. What joy I suddenly started experiencing! This was new. I had never before been excited about hanging out with kids. My heart was thawing.

Since that first semester at Moody when the whole Children's Ministry journey began, I have seen Him constantly do His work of taking me step by step where I needed to go. I remember when I worked in the nursery at Gull Lake my first year, one of the full-time staffers told me, "I didn't like babies before I worked in Cove Kids. I was completely surprised that Gull Lake changed everything. You never know, you might find that you love babies like I do after this summer." She was right. That was the first time I truly loved babies, even though I hardly knew how to change a diaper at that point.

God changes hearts. He provides all that we need. He is generous with his love, which is poured into us and overflows. I am undeserving, un-capable without him, and in desperate need of his grace, which gives me what I absolutely don't deserve.