I woke up to a very different view this morning than I had originally planned. 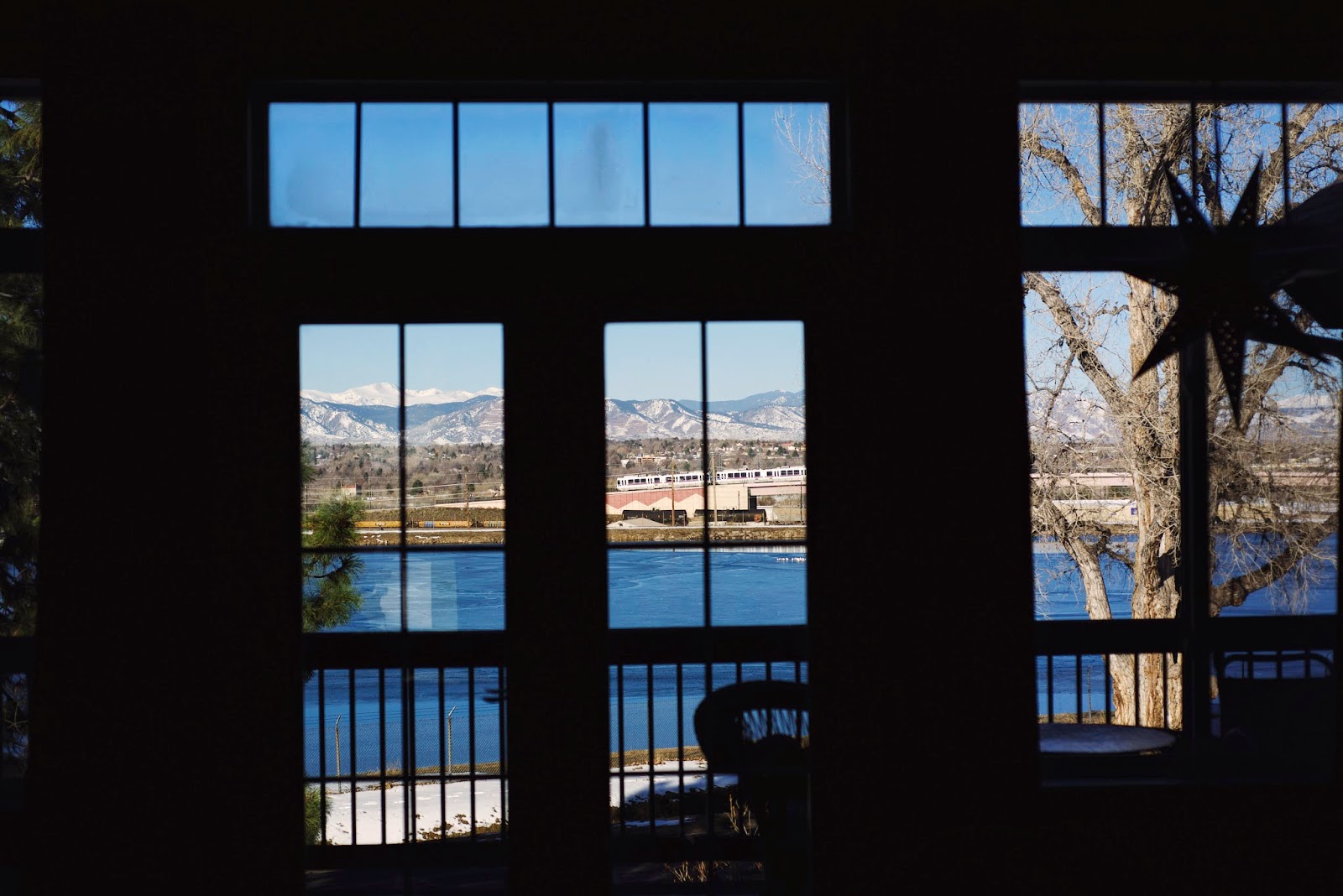 See those snow-capped mountains in the background? Those are not Oregonian mountains. That's Colorado.

My Spring Break started when I boarded a plane on Friday afternoon and started my journey to Eugene, Oregon. A week in Oregon is the first part of my Spring Break, and a couple of flights marked the start of this adventure!

My flight was scheduled to leave from Chicago in the afternoon and I was to fly to Denver, where I had fourty-five minutes before the flight to Eugene.

I boarded the plane in Chicago and stuffed my bag in the somehow-ever-too-small overhead compartments, and then nestled into my window seat as the sunset sparkled across the airport windows. I expected to start taxiing soon, but our flight departure time passed and a few last stragglers boarded the plane. Maybe now we'll get going?

Still, minutes passed, and then the pilot's voice echoed through the cabin. He told us that the plane was 1100 pounds heavy and they needed to reconcile the differences. Ten or fifteen minutes later, they announced that the easiest way to do that was for seven people to get off the plane, so they called specific names (maybe they had been standby passengers? I'm not sure), and before I knew it, our plane had 7 less people, and we were out of the gate. We were still late though, and I wondered whether I'd make my connection in Denver or not. Ah, I hope so. Please, please.

I sat in my seat and sighed, staring at the glowing pinks, which slowly turned to oranges as the wheels lifted off the ground. I guess I won't know 'til I get there whether I make my flight or not. I might as well enjoy the view.

Well, after running through the entire concourse at the Denver airport, I did not make my flight. I was kind of close, which made it more discouraging, but there was really no way I would have made my flight.

And then there was the part when I found out the next available flight to Eugene wasn't until the next morning, on Saturday.

Breathe. I wasn't actually sure if I should feel stressed, panicked, or if I should laugh. It was all a bit overwhelming, honestly, even though it was "just" a missed flight.

"You can stay in a hotel, and either take a 6AM flight from Denver to San Francisco, and then on to Eugene, or you can take a direct flight to Eugene at 11AM," said the kind woman told me from behind the Customer Service Desk.

Those were my options.

"Actually, out of all the places I could be, my family lives in Denver. Would you mind if I made a few calls and came back to let you know what I decide?"

I called and texted everyone (aunts, uncles, grandparents), and couldn't reach anyone. I was in touch with Caleb and Haley, so it was comforting knowing I wasn't alone in figuring it out. It's not like I could call Mom and Dad for help in this little conundrum, since it was the middle of the night for them in Czech. But to my relief, a few minutes later, my aunt texted me back, and said she could pick me up at the airport and I could stay with them for the night. They were all at my cousin's play, so though they were all together, no one had answered their phones! How thankful I am that Aunty Joyce just happened to see that message come through!

A food voucher from United took care of a nourishing meal, which turned out to be delicious (salad, Kind bar, root beer). Food helps ground you when things have been thrown up in the air.

A couple of hours later, after my cousin's show had ended, my aunt met me at the front of the Denver airport, and I stayed the night in their lovely home. Strangely enough, it felt normal to "pop in" for an evening, even though it's been over a a year since I was last there. Though we are far apart most of the time, we are still family, and I love that we can pick up from where we last left off. I feel totally at home in their home.

Grandpa and Nana came to pick me up in the morning after breakfast to take me back to the Denver airport to catch my flight to Eugene. I can hardly believe that out of this missed connection, I got to see my aunt and uncle, my cousin, and my Patty grandparents. What an amazing unexpected gift from the Lord. 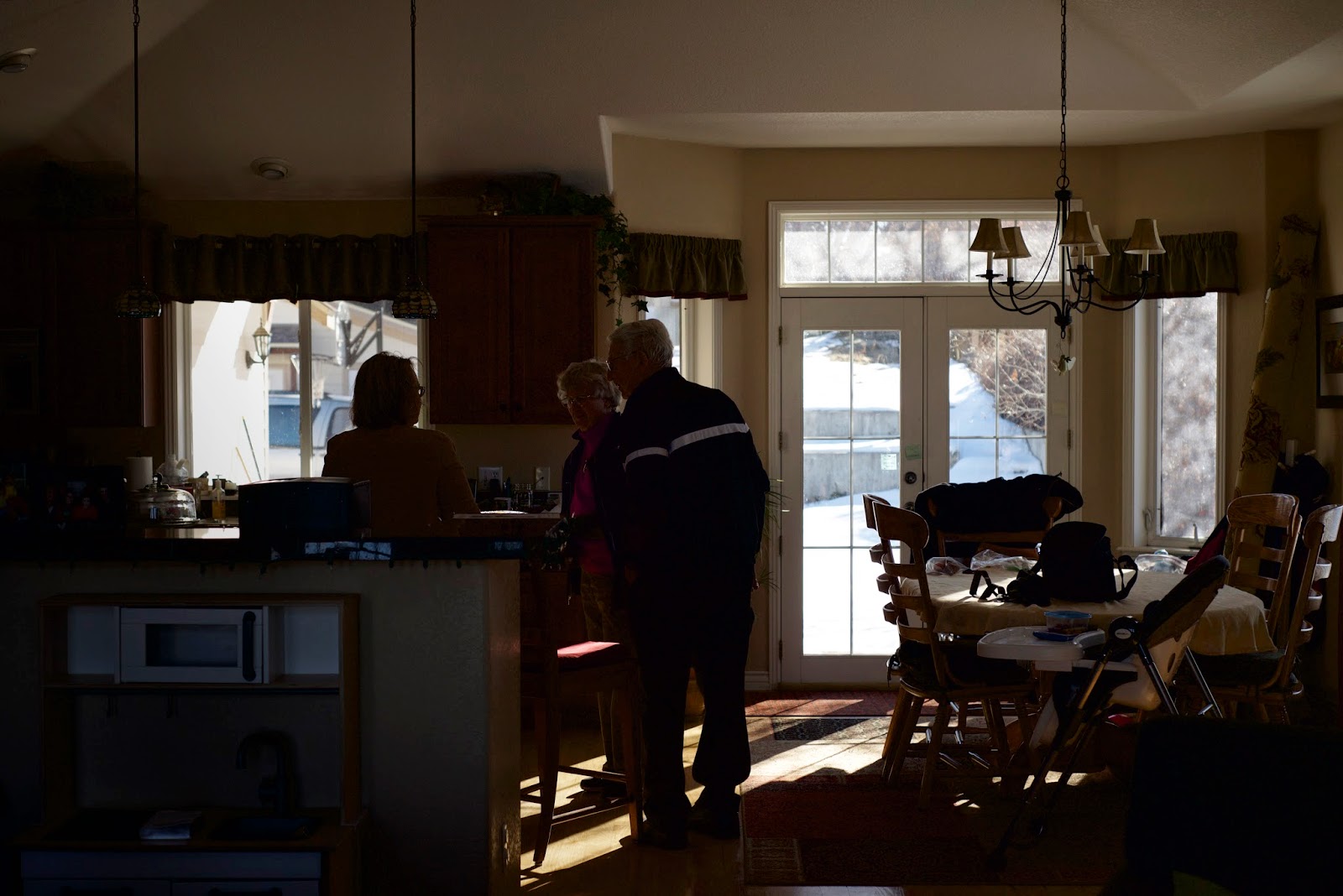 I even got to see a couple of old photos this morning, like this one of my aunt and my dad. 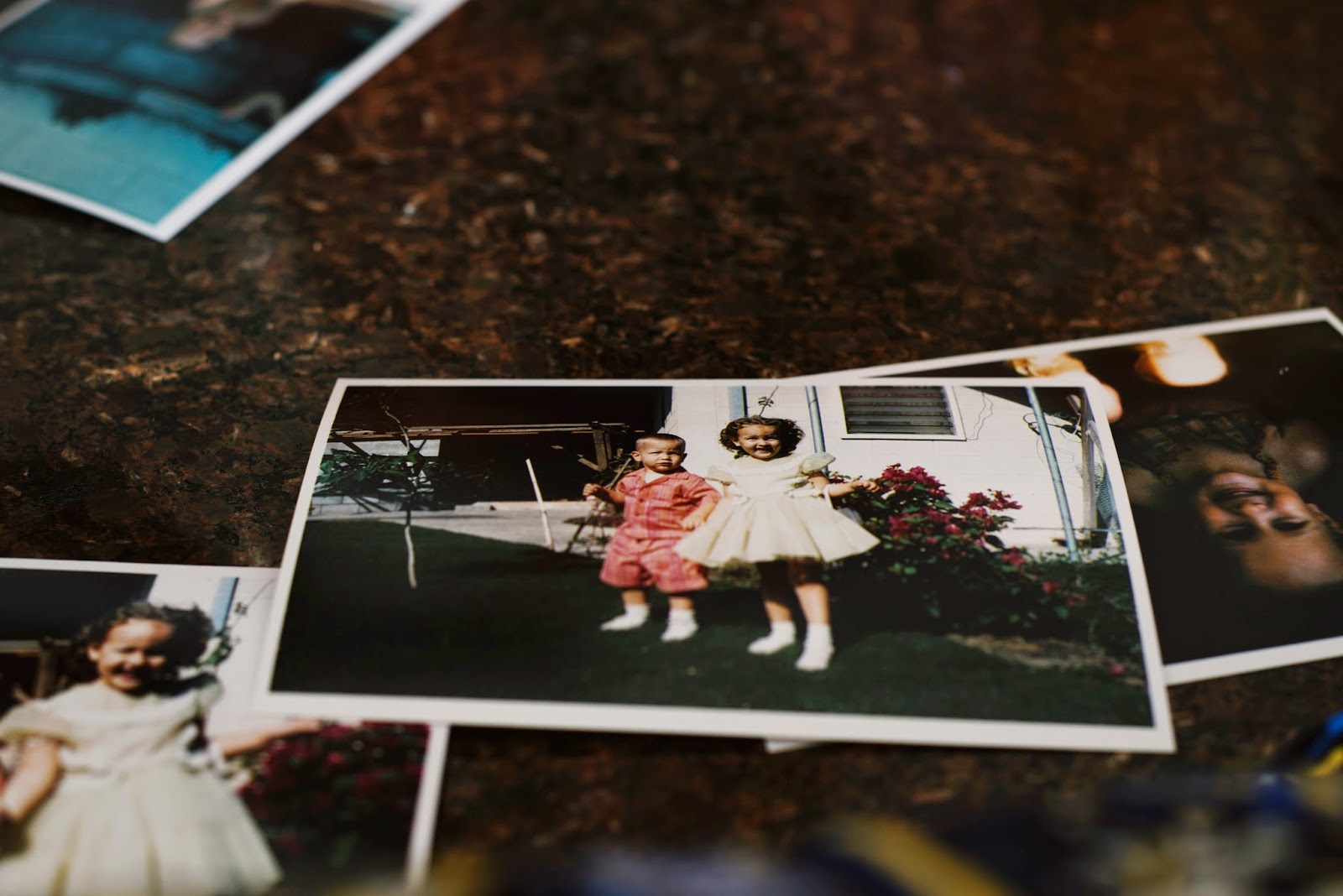 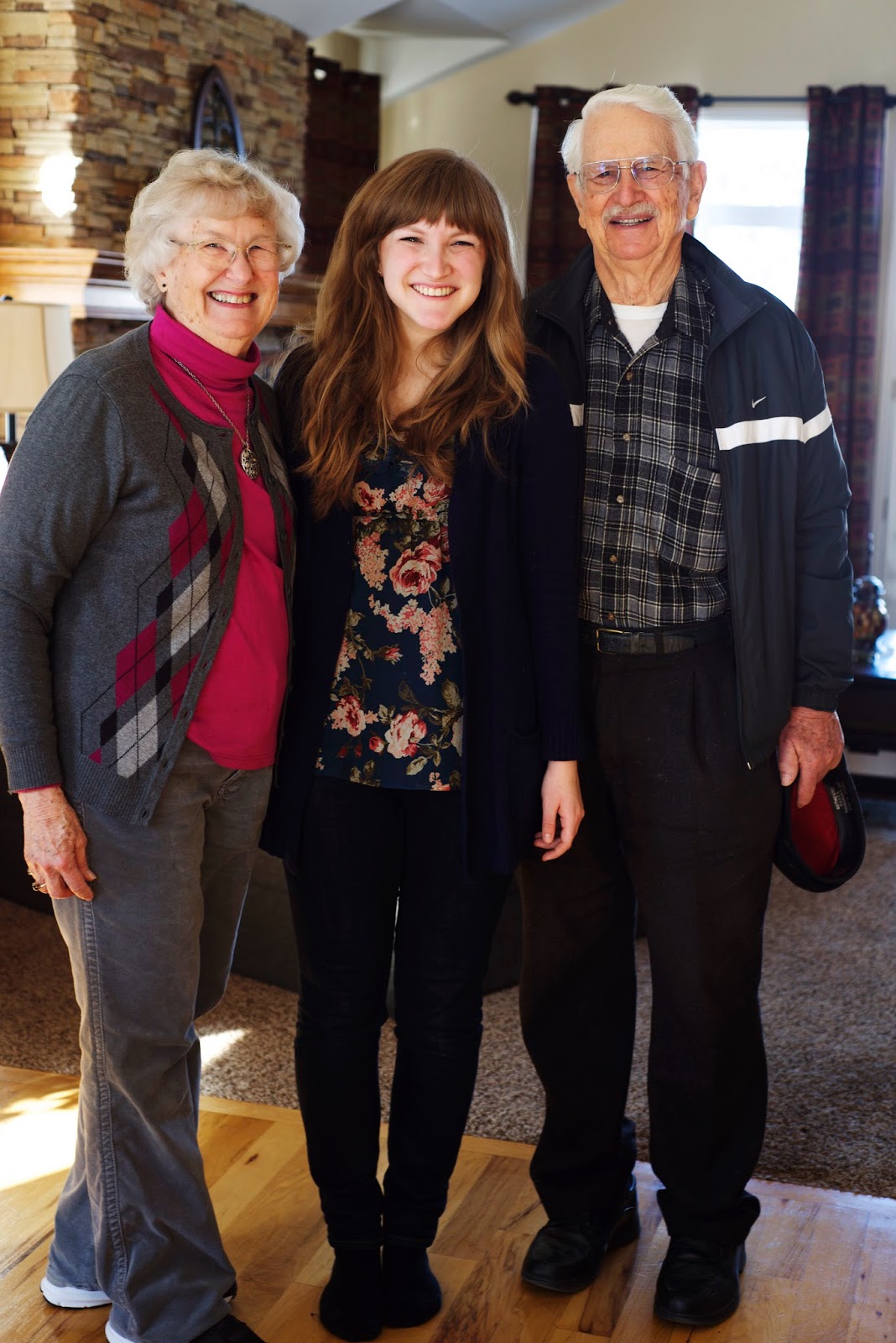 I truly can not wrap my head around what God just did for me. He's the best Father!! Even though I felt like a mess after I was turned away from the last flight of the day to Eugene, it was as if God quickly said, "No, no, don't worry, my daughter. I've got this!"

He not only allowed me to be "stuck" in Denver, but he provided my family who was available so I didn't have to stay in a hotel alone. Not only did I not have to stay alone, but I didn't have to feel alone either. Caleb and Haley were a phone call away, Grandma and Bapa (in Eugene) were gracious and helpful, and I even got to hear some fascinating stories in the customer service line from a woman returning from six weeks in New Zealand.

I'm not sure why exactly, but I was a bit worried before Spring Break that I would feel "on my own", in a lonely sort of way. I think God wanted to prove me completely wrong, in the kindest way possible. He showed me that HE is my Father, and HE cares about the little things. He showed me that it's good and ok to reach out when I need help, and that He provides those people. He gave me peace and patience when I shouldn't have had any. The Lord is a good and gracious Father, and I take this as a reminder not to doubt His provision or involvement in any aspect of life.

Thank you, dear Patty's and Shroeder's for taking me in out of the blue! I love you all!