Where were we off to on this sunny Monday?

First off, to a little coffee shop called Tailored. Although Bapa's usual stop is Starbucks, he obliged and went to this local micro-roastery with me. I had the creamiest almond-cashew milk cappuccino, and Bapa got his classic cup of coffee. 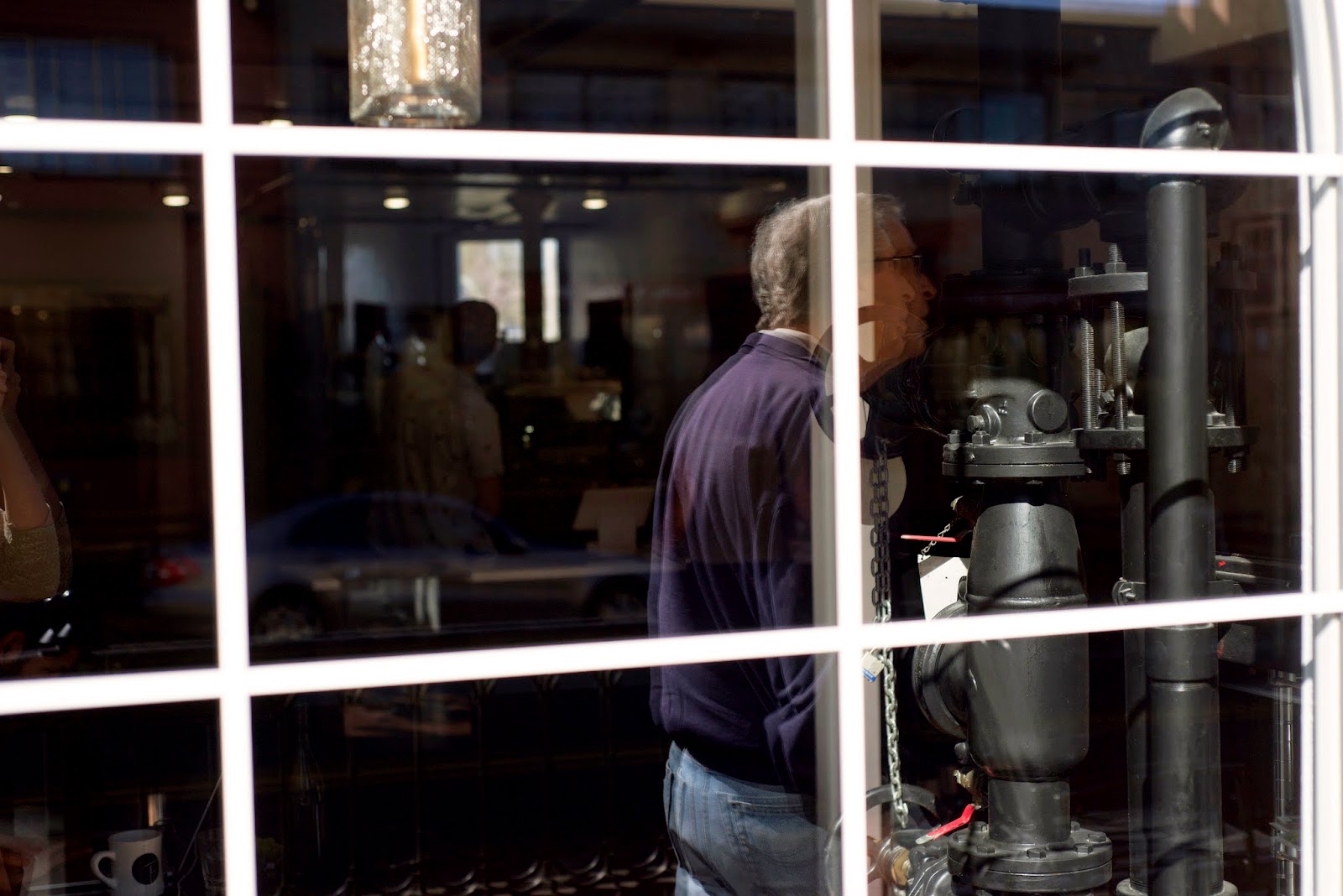 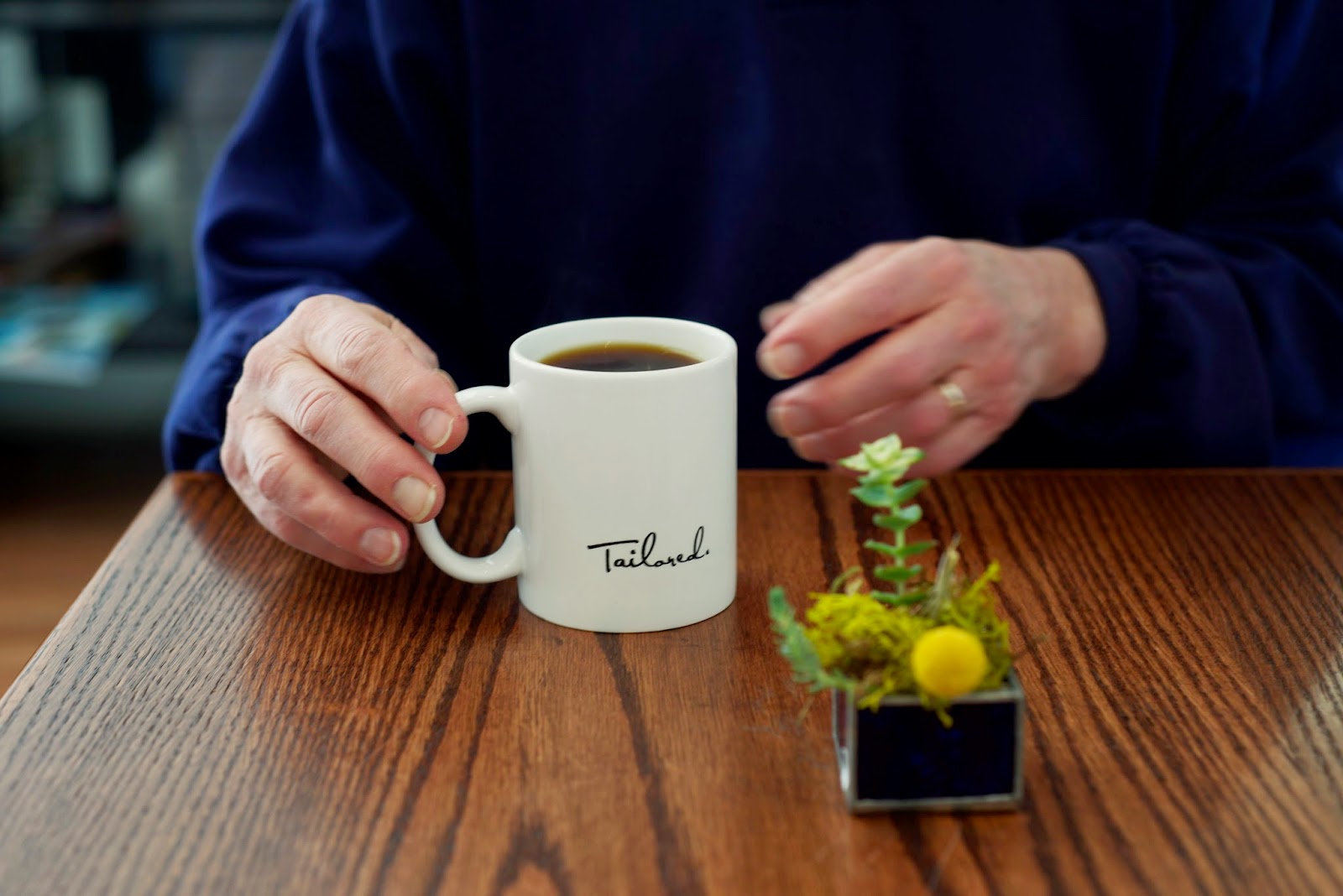 Grandma had dropped us off downtown to go fix dinner (the roast chicken needed to be in the oven in time and Grandma so lovingly thought ahead!), so we got to just leisurely walk around downtown Eugene. It's a strange place, but charming, in a way, despite the random cultural things you encounter. 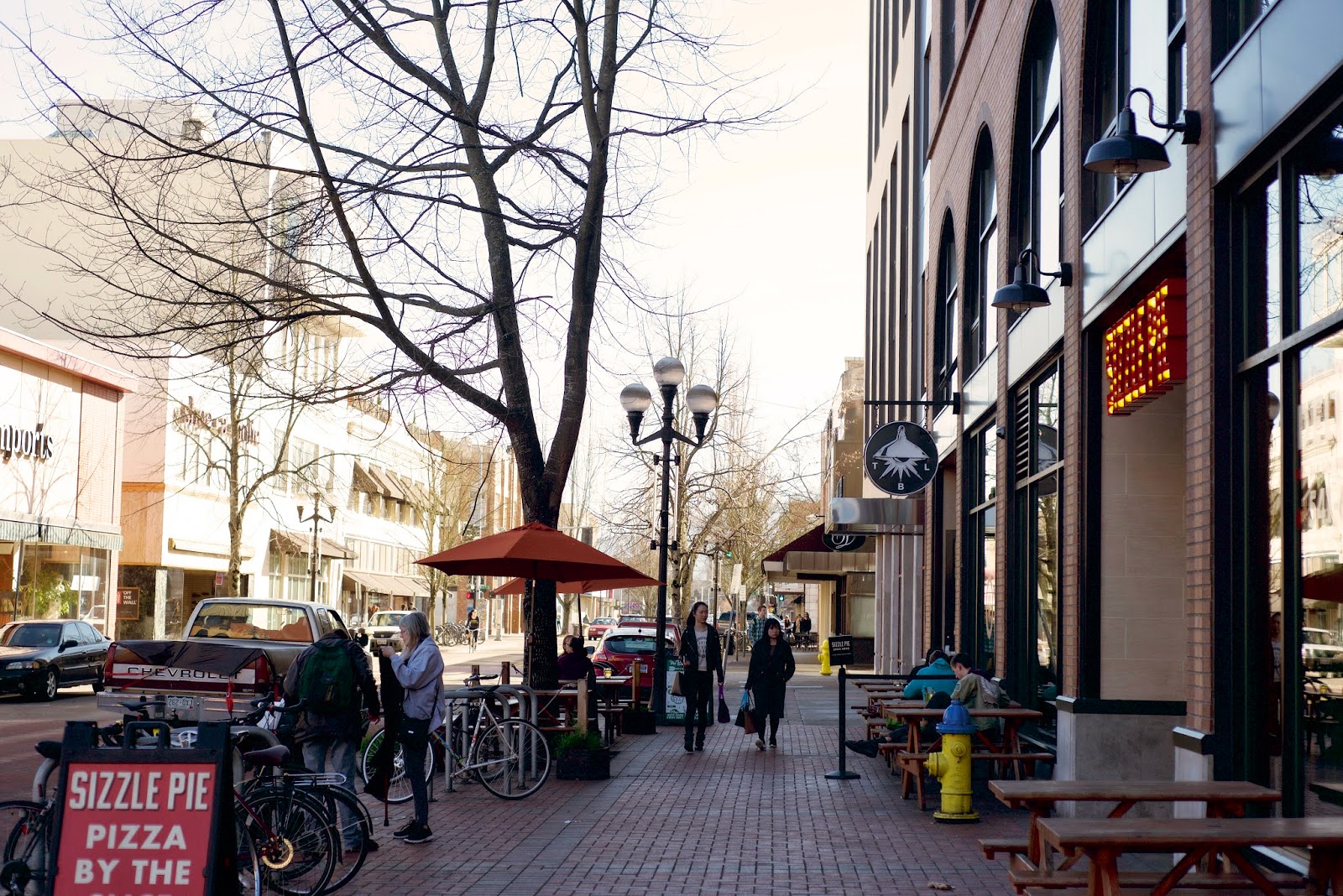 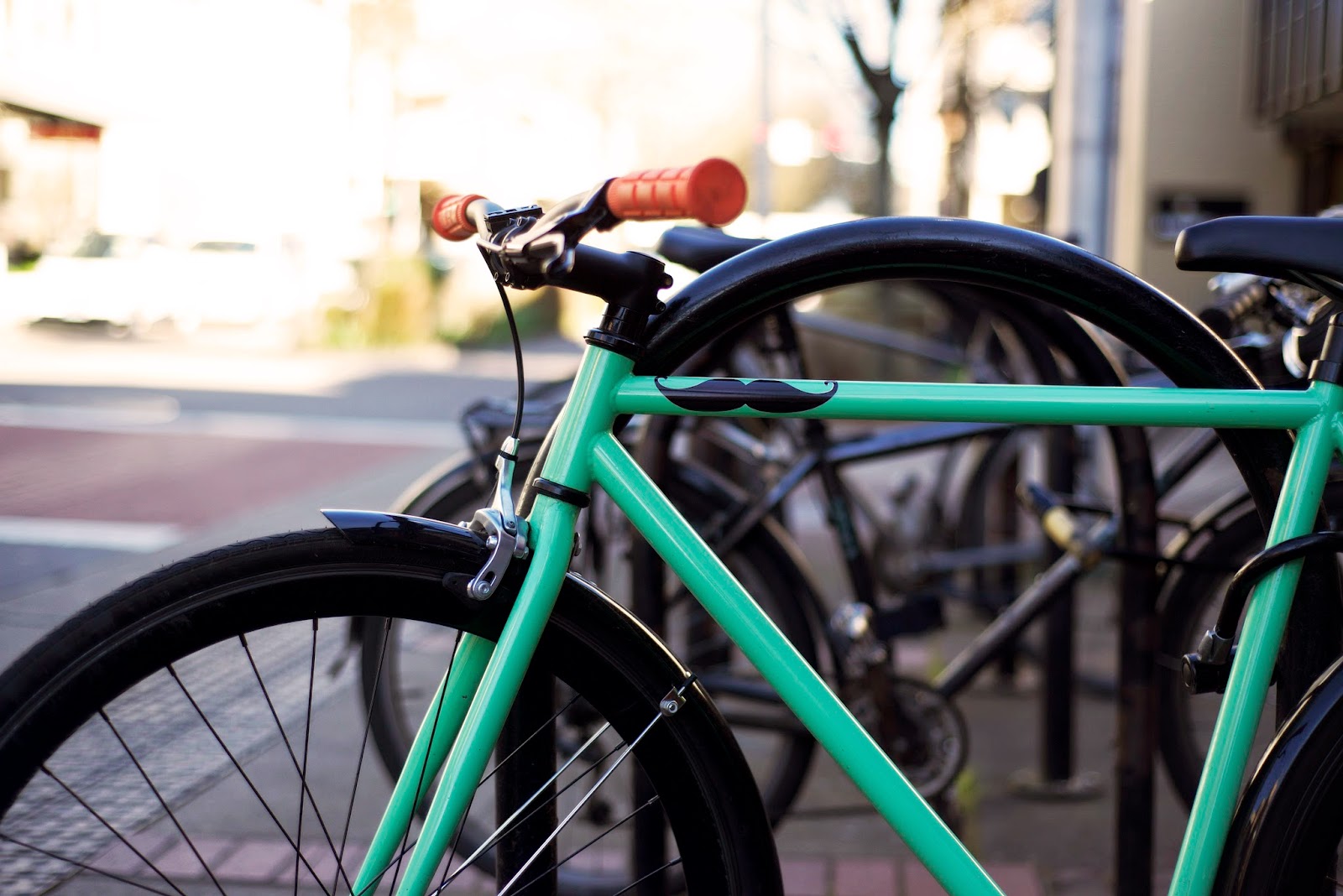 I convinced Bapa that he needed a donut from his favorite donut shop (Voodoo Donuts - Oregon is famous for them, especially for all of their wacky flavors). It's not very often that Bapa gets a Voodoo Donut, so it was my pleasure to encourage/persuade him to get one. 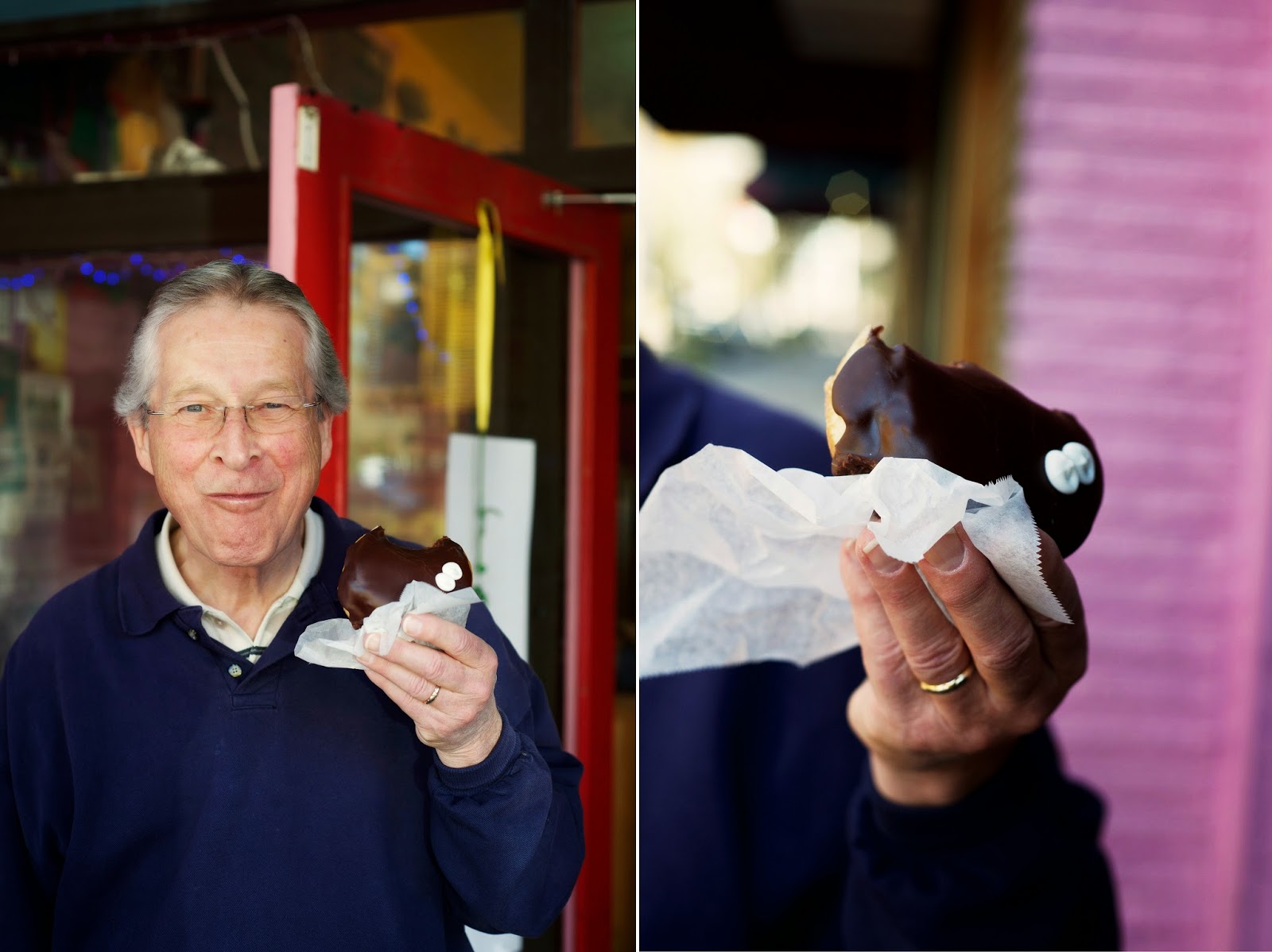 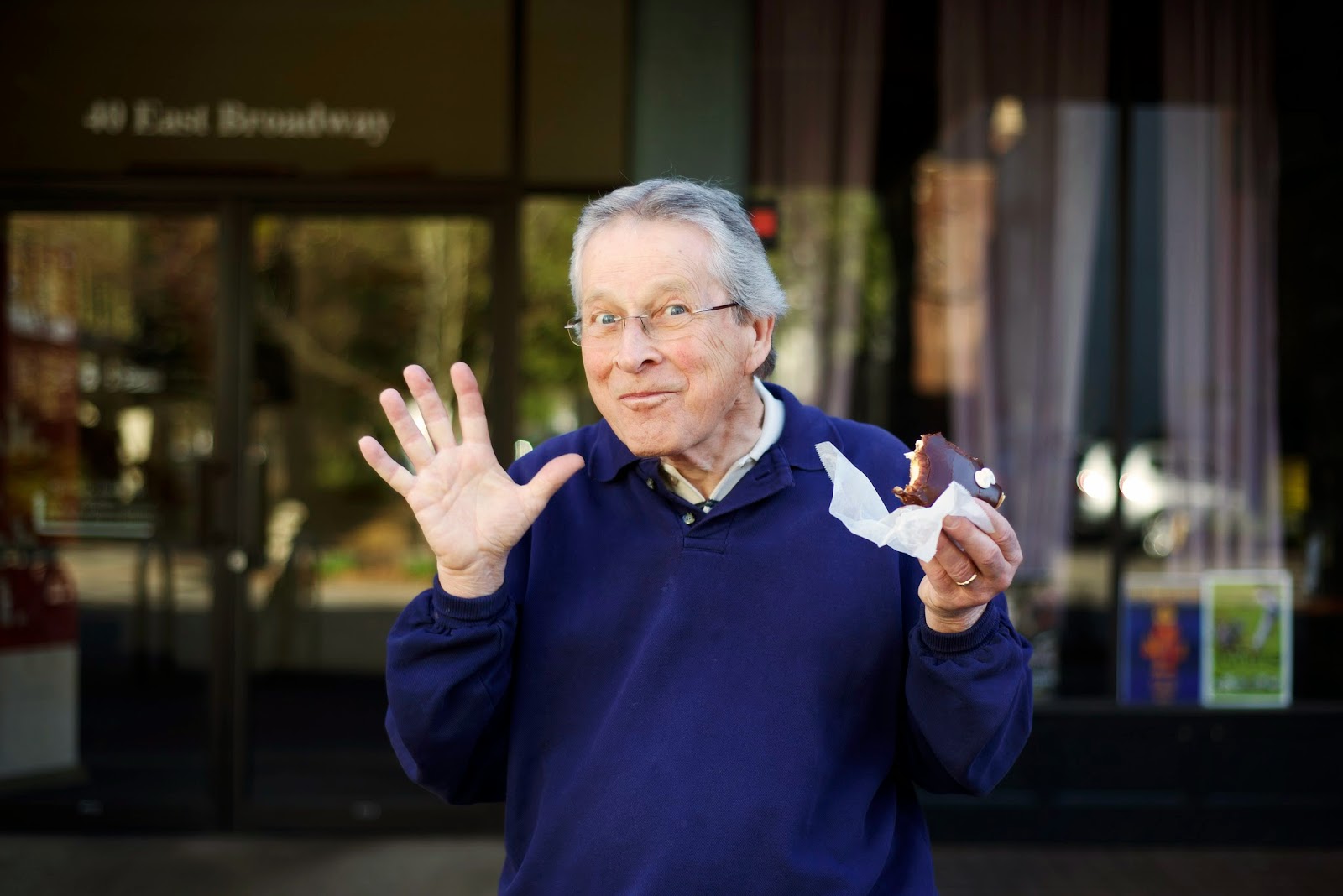 But Voodoo Donuts didn't have any gluten-free options, so I searched on Yelp to see what was around, and found a cupcake place. They had gluten-free cupcakes that were divine, and Bapa got a mini one of those too...you know, to "keep me company" *wink wink*. I mean, I did kind of encourage him to get a mini cupcake too. He says I'm a bad influence! Ha! But I know he's just kidding and loves that I give him an excuse reason to have a treat...or two. 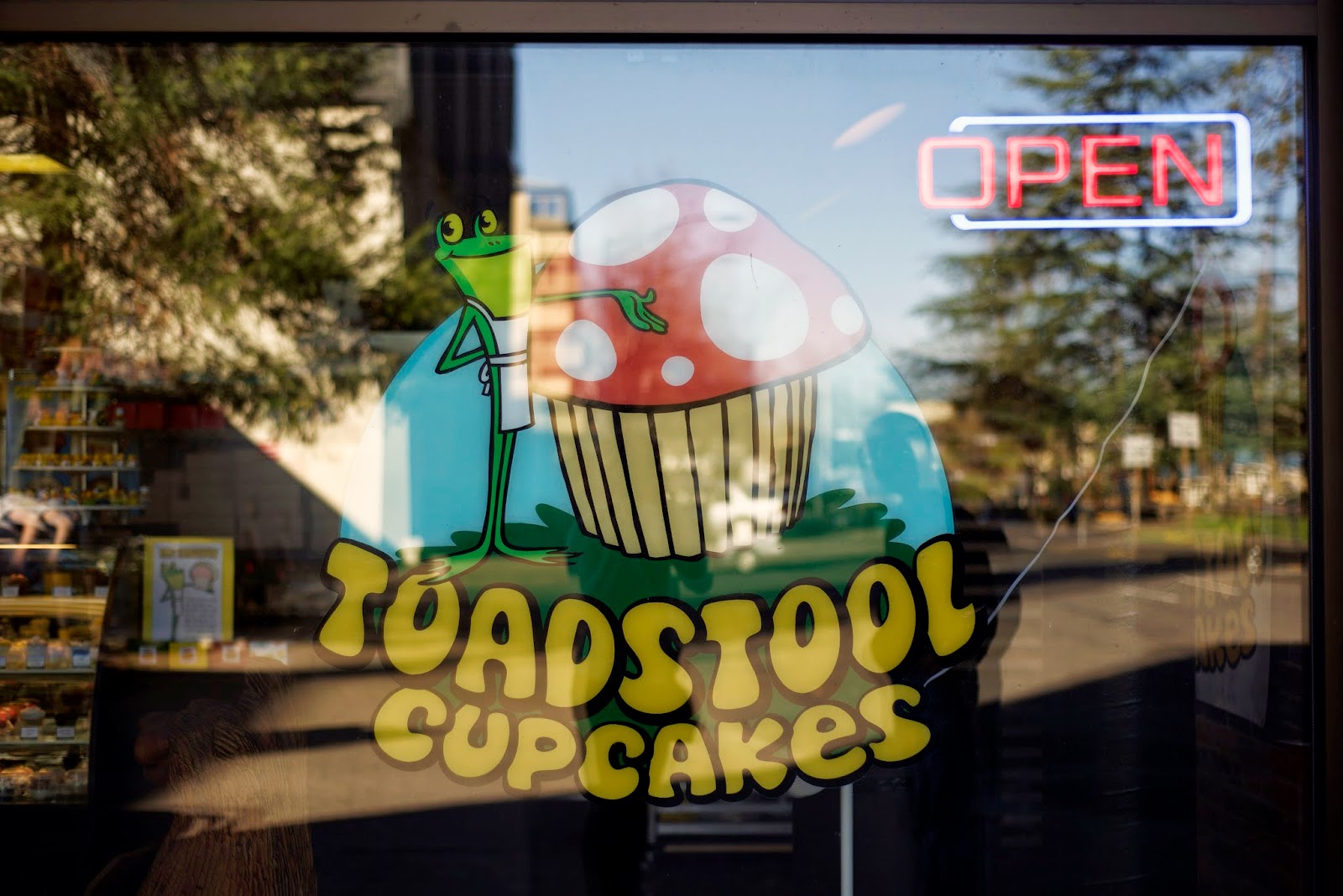 We stopped by the 5th Street Market too as we walked around town. This is where Bapa used to own a watch store when I was really little. I'd go in there and stare with amazement at all the clocks. They weren't just regular boring ones. He had ones that played songs, that moved and were of all colors and shapes. We all still dream about that shop, especially since Bapa loved it so much. Those were some of the best years, he tells me. He and Grandma loved that little corner of Eugene, where they got to bring joy to peoples' days and create a sense of community. 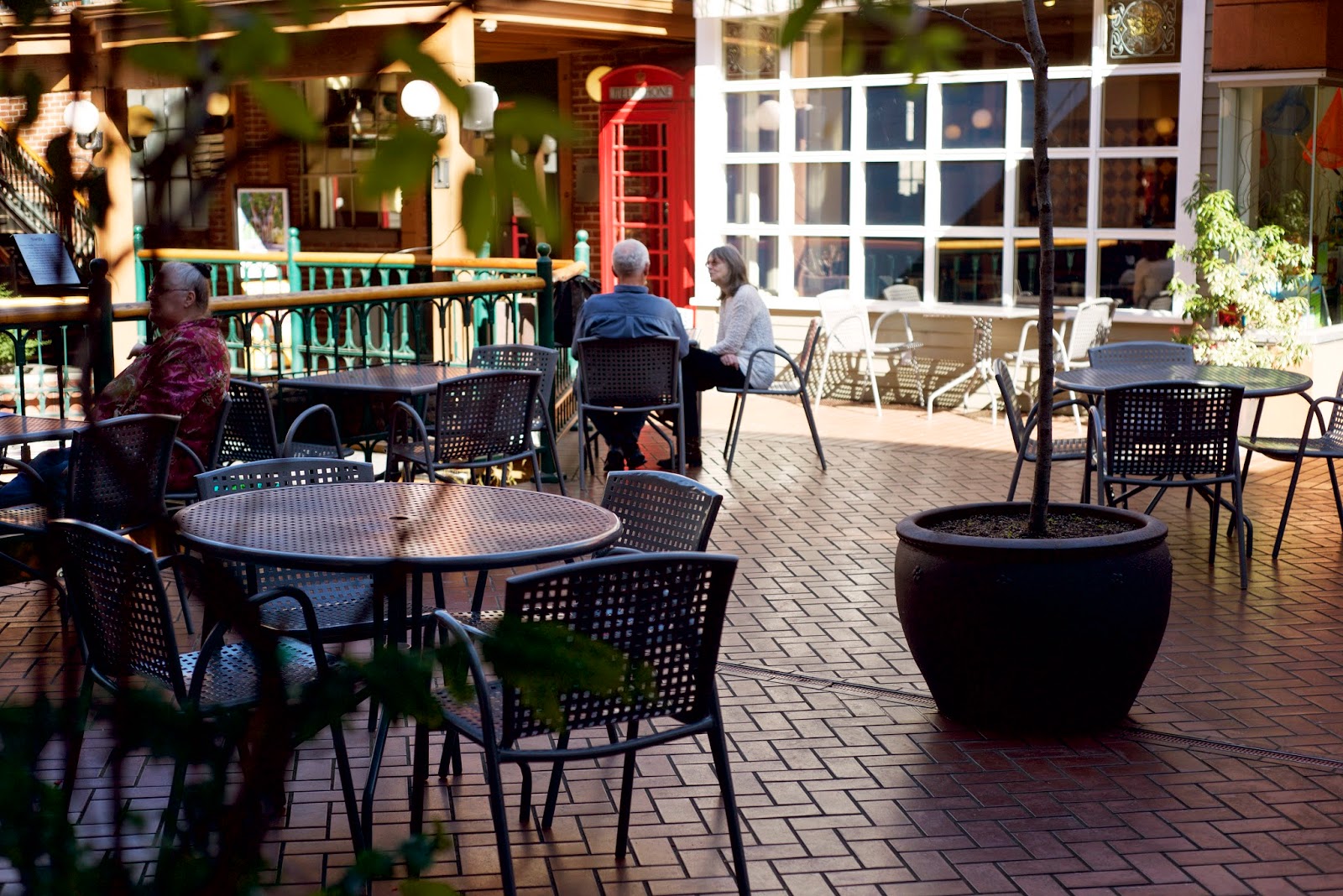 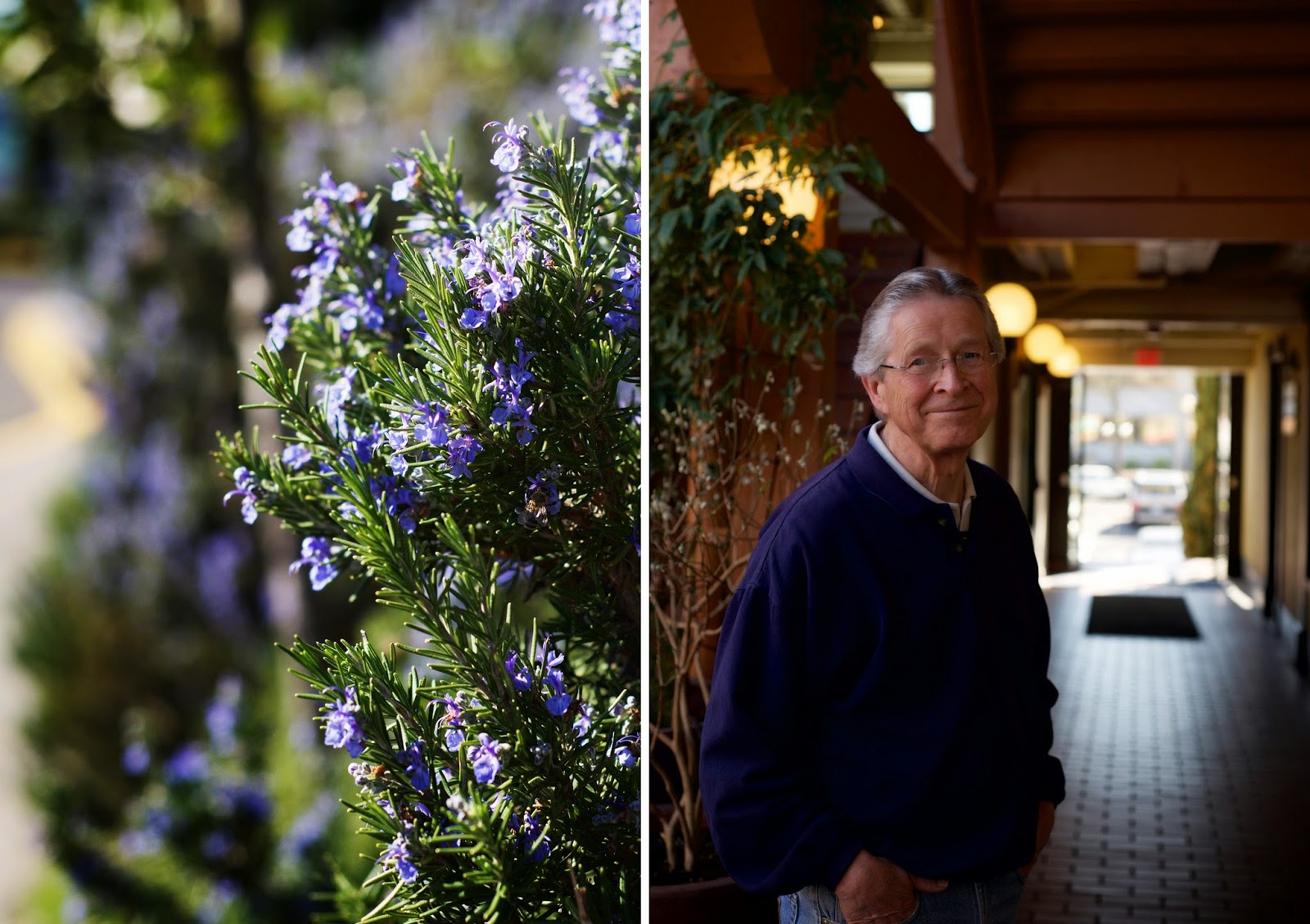 Bapa has told me so many stories in the past couple of days. Stories about work, old and new friends, his childhood, about the first day he saw Grandma while at a stoplight in Eugene. He even pointed out the exact corner where he first saw her. I've heard stories of joy and loss, both beautiful in the way that they have shaped Bapa into who he is today.

Grandma picked us up and we went home to a beautiful dinner of roast chicken, stuffing, mashed potatoes and gravy and green beans. She is spoiling us all with this wonderful food and the way she makes it all with such love! So yes, this time has been nourishing for the soul and body alike.

Email ThisBlogThis!Share to TwitterShare to FacebookShare to Pinterest
Labels: travel