This paper. It changes everything. 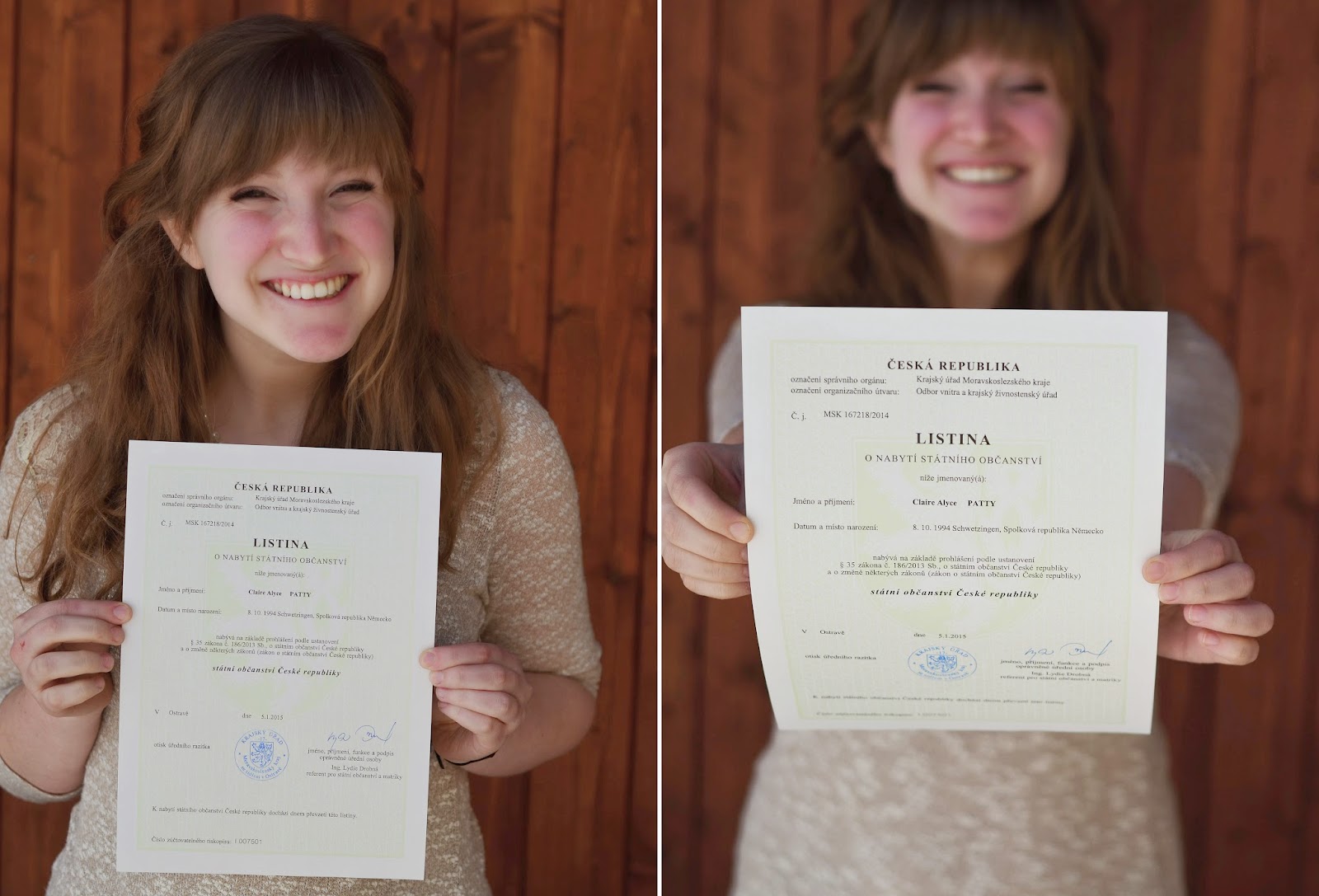 I am a dual citizen!

I could have never guessed in my elementary school years, as the "American", that I would hold a paper that had these words written on it. I couldn't have imagined that a wish that wasn't realistic even a year ago, would actually be realized in 2015.

My great-great-grandparents could have never guessed that their great-great-grandchildren would grow up in Czech and then come to this point. What would make it significant to them, specifically?

Bapa's grandparents were from Bohemia. Look at this page from an old family photo book. 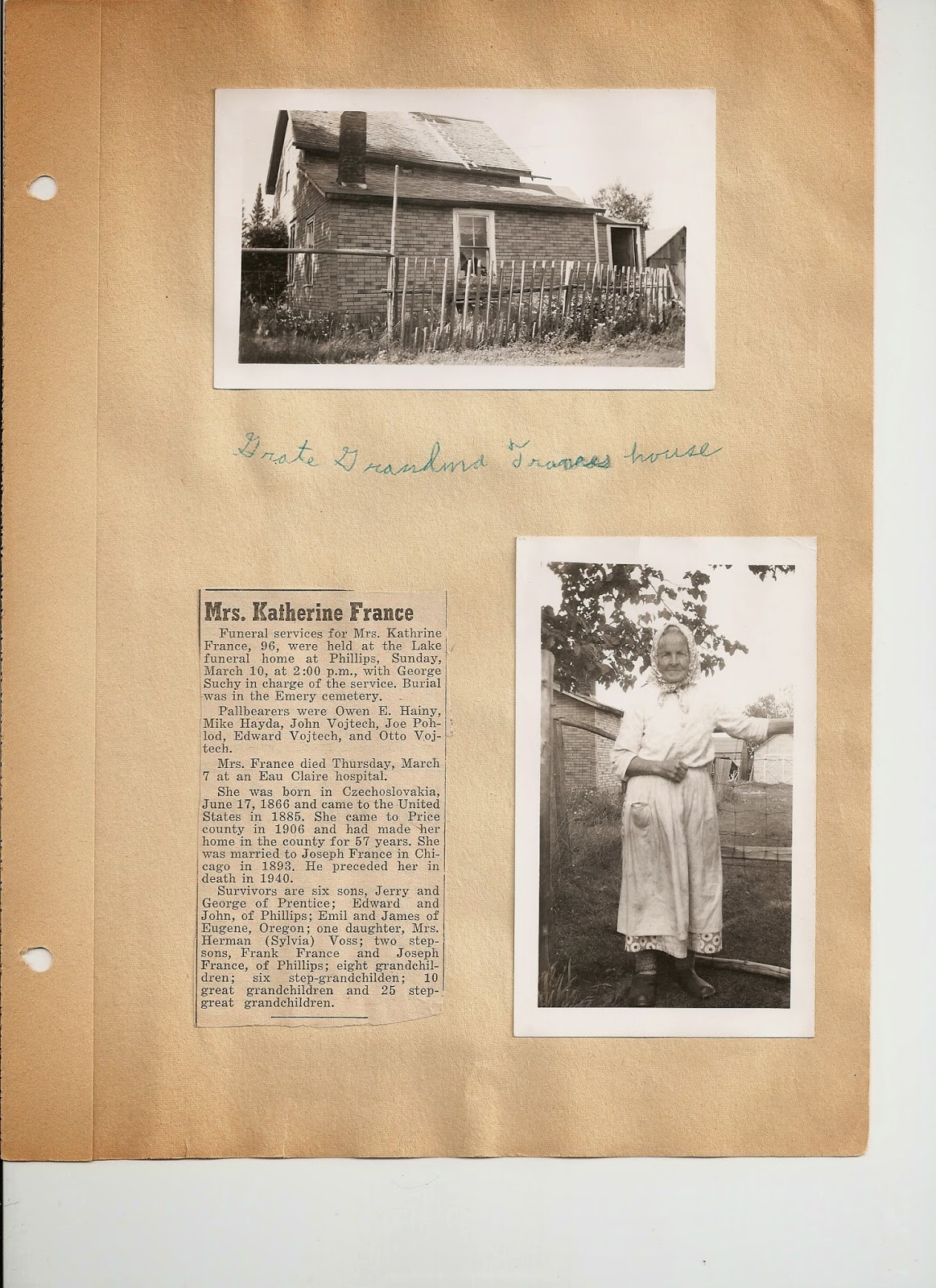 An interesting tidbit can be found in those few paragraphs. Not only were my great-great-grandparents from Czechoslovakia (the region of Bohemia, to be specific), but after they moved to the States in 1885, they were married in Chicago in 1893. 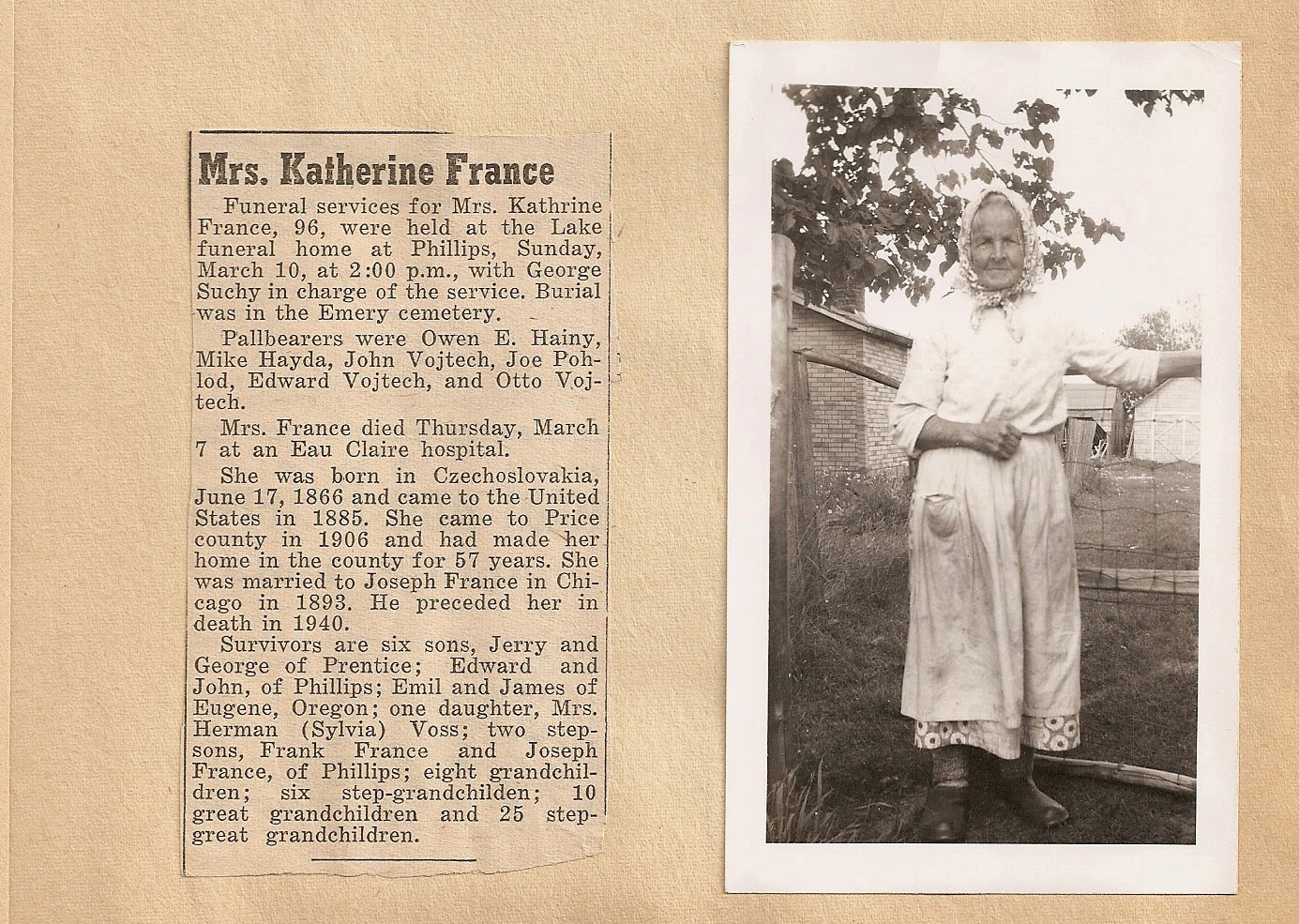 How amazing is it to now continue in the legacy of my family! My parents moved to Czech not because of the family heritage, but what a special full-circle connection that happened because of it. Just like my great-great-grandparents, us Patty kids grew up in Czech, and then moved to Chicago. They didn't live in Chicago for too long, and neither will we most likely.

My great-great-grandma, Katie, never learned English. I so wish I could go back in time and speak Czech with her, and tell her that last week, I officially became a Czech citizen! 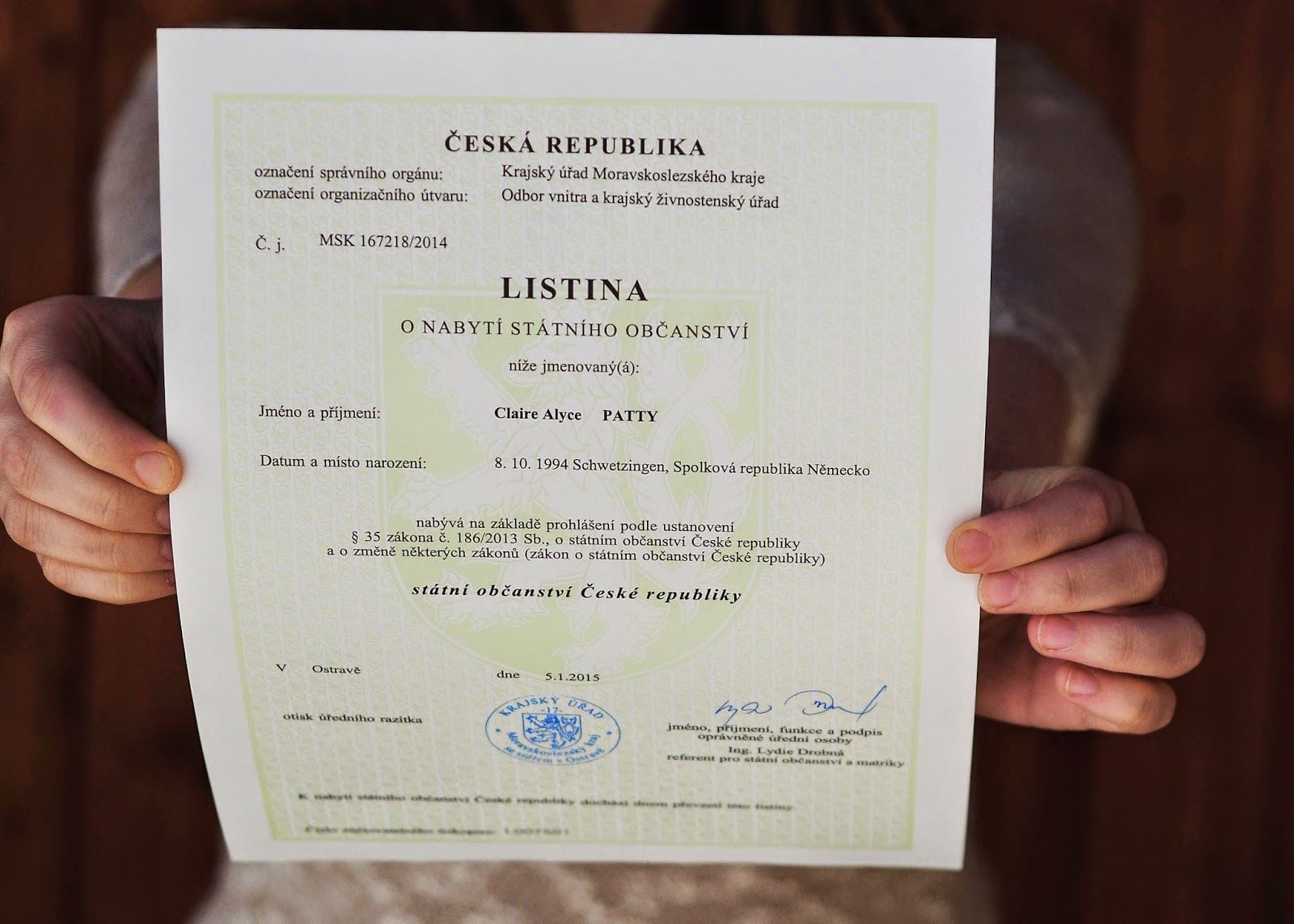 It's not just a cool TCK full circle. It's also an amazing family heritage full circle to now be a dual citizen with the States and Czech! Ah, the Lord surprises us in such amazing ways!

This is the only document I hold, but it's the beginning. It's official now. What's next? I need to get a Czech birth certificate, a Czech residence card, and then a passport. I will have to take care of all those things in the summer. So for now, I can just rest, and know... I am a Czech citizen, as well as American.

I wish I could tell that to my great-great-grandparents!