I got to go on a dad-daughter date today that I've been looking forward to for a long time.

Thousands upon thousands of people have walked up these steps and through the doors. Thousands and thousands of believers trod on those riverbed stones every week. 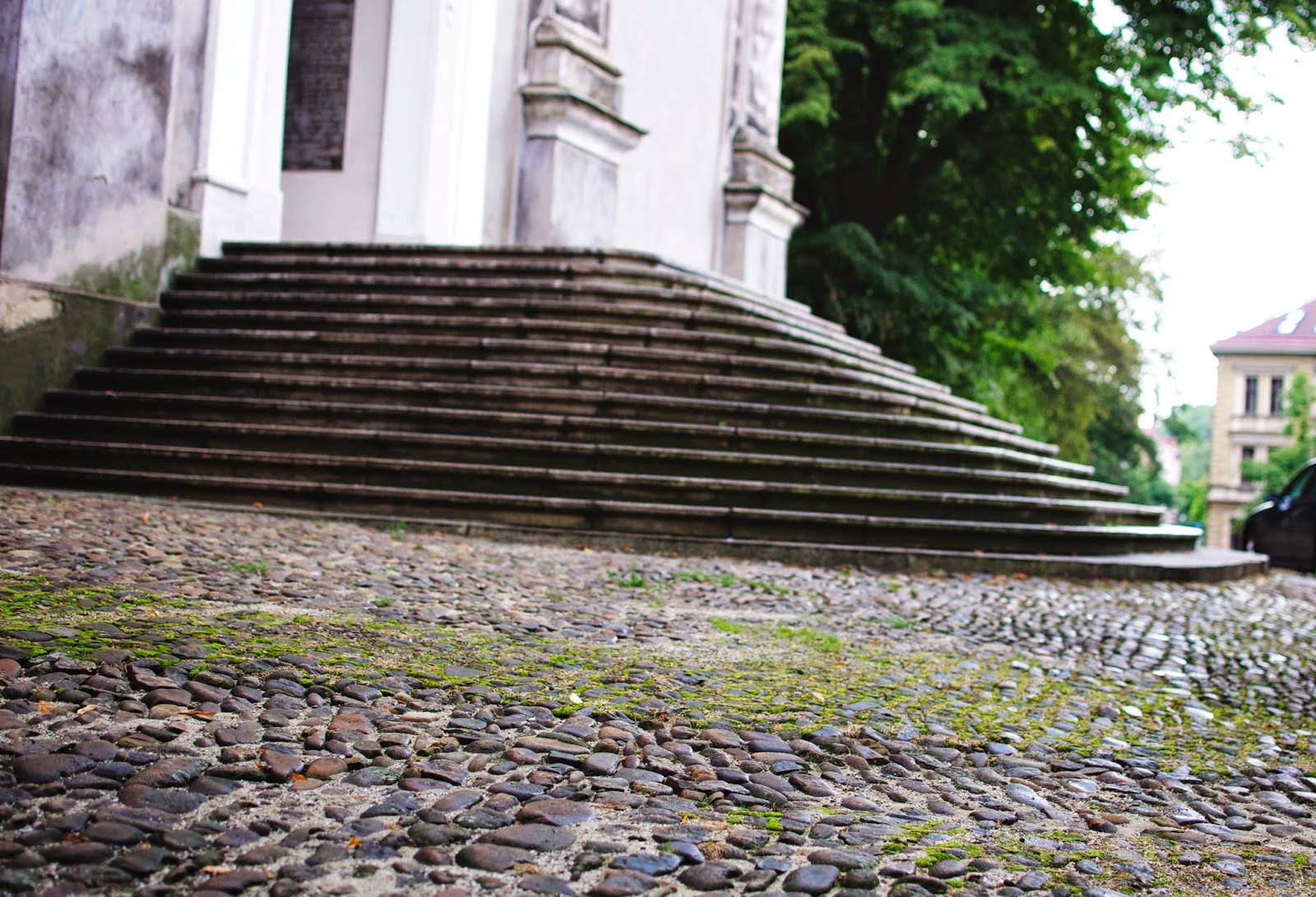 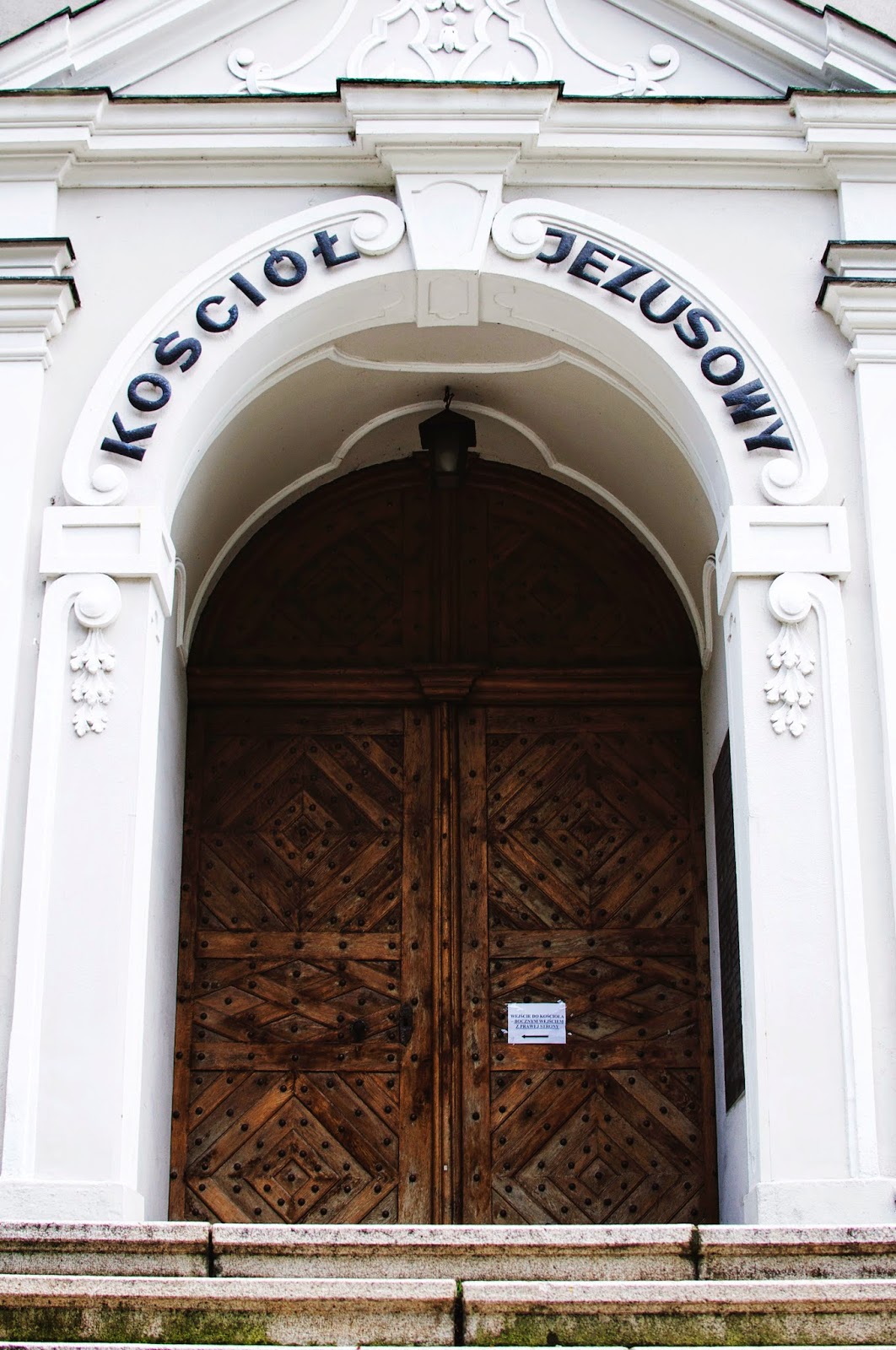 The history of this church is astonishing. It sits on a hill just across the border in Poland and represents 300 years of faith history. 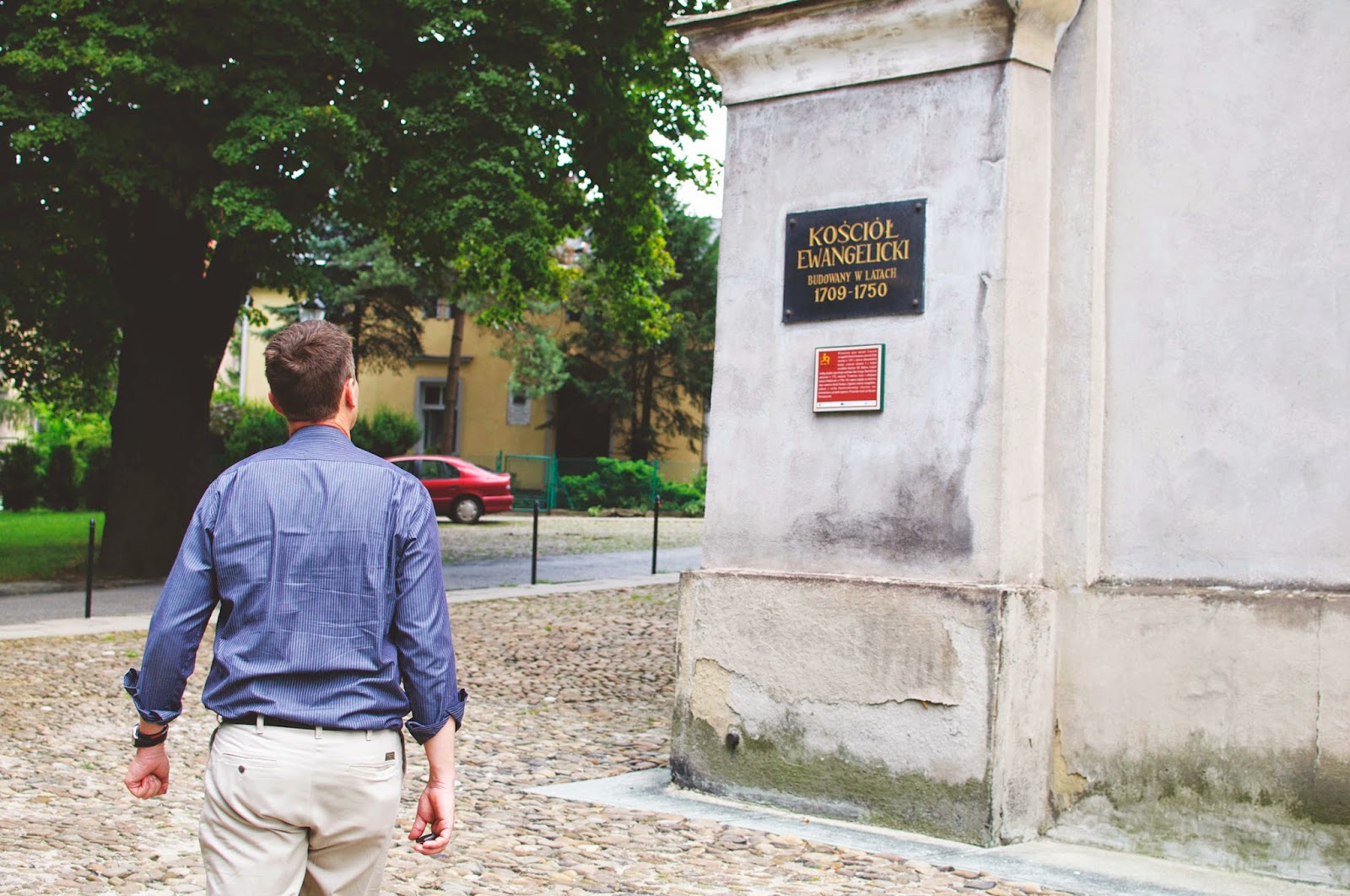 Starting at the beginning...

There were great movements of God during the time of John Hus in this land in the early 1400s. Hus is considered the first Church reformer, before Luther or Wycliffe even lived. He longed for theological reformation in the church, teaching Biblical truths and rebuking the Roman Catholic church for specific unbiblical practices. Though he had many followers, his teachings were viewed as heretical by the Catholic church and he was burned at the stake in 1415.

After Hus' death, the followers of Hus continued to seek Truth and by the next century, more than 90% of the people across the Czech lands followed the Lord and His Word fervently, forming a strong Evangelical church.

1620 brought devastating changes for this church. At the Battle of White Mountain, the Austro-Hungarians defeated 30,000 Bohemian Christians and completely altered the fate of the next 300 years in the Czech lands. They outlawed Protestantism and forced everyone to join the Roman Catholic church. There were still believers in the Catholic church who loved Jesus and followed the Word, but the leadership was often corrupted and controlling during those times. 1620 is still viewed as a sad year in the history of Czech (although most schools don't emphasize the faith reason). 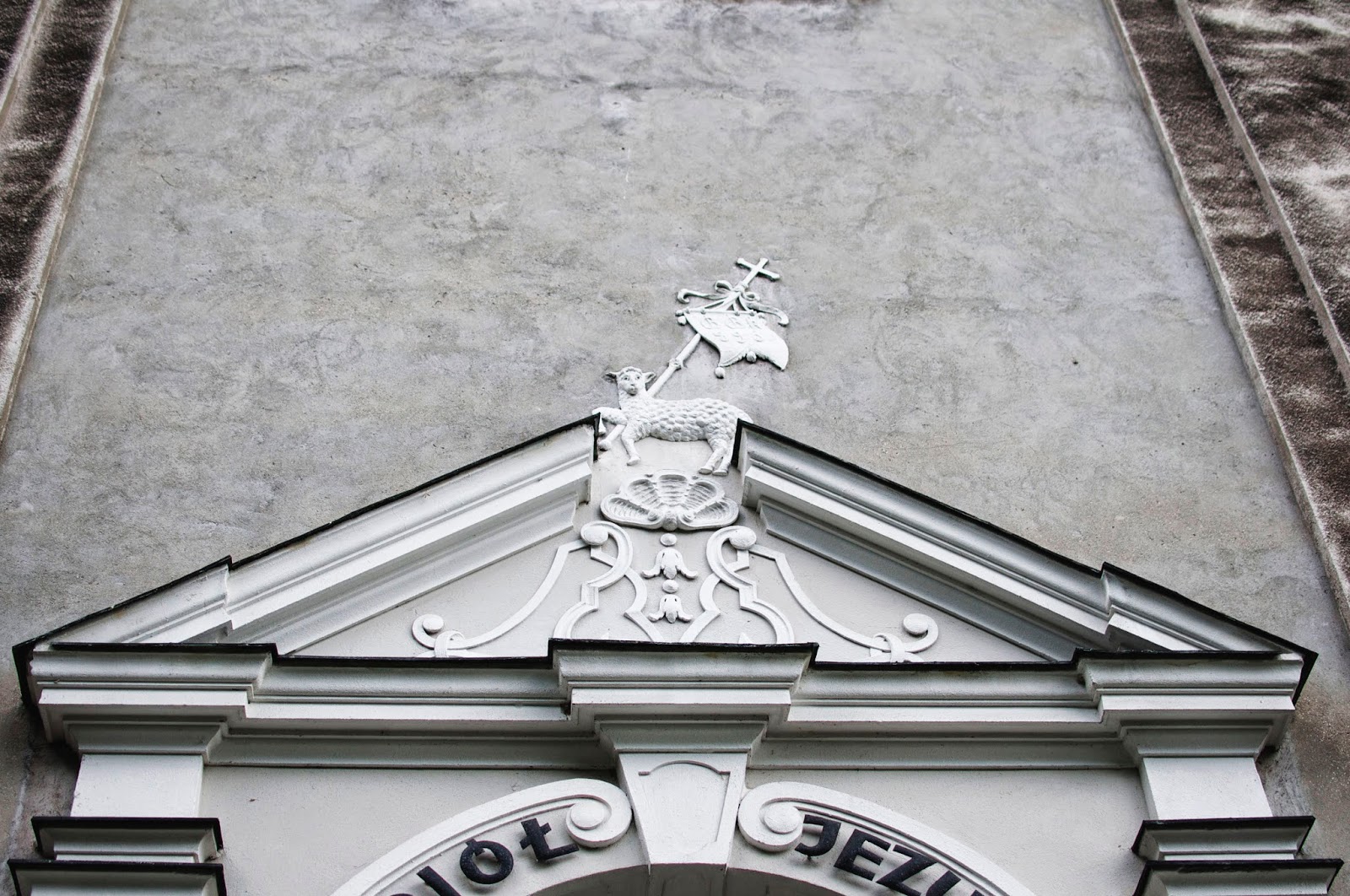 The 1700s came around and the Northern European Christians couldn't stand by and watch their Southern brothers and sisters suffer any longer. A Swedish king brought his armies and stopped at the border of Poland and the Czech lands, making a pact with the Austro-Hungarians to allow the Protestants at least some rights. Thus, a certain number of churches were allotted to the Protestants and they were allowed to build under strict conditions. 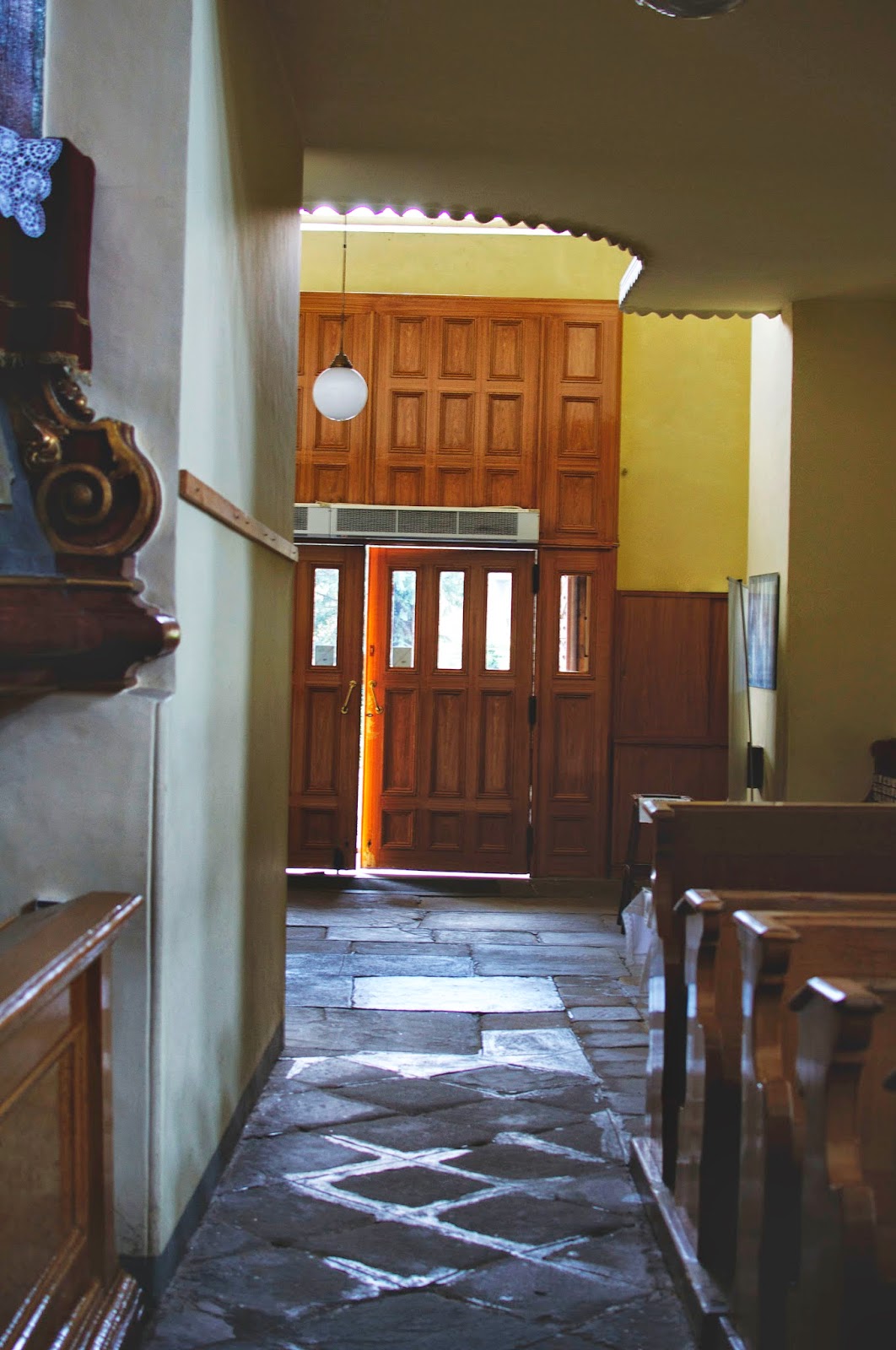 Dad told me stories of how people would walk all day Saturday, spend the night in the church courtyard, go to church on Sunday morning, and then spend all day walking home. People hungered for the Word of God and for Truth. Revival spread agian because of this church and others like it. 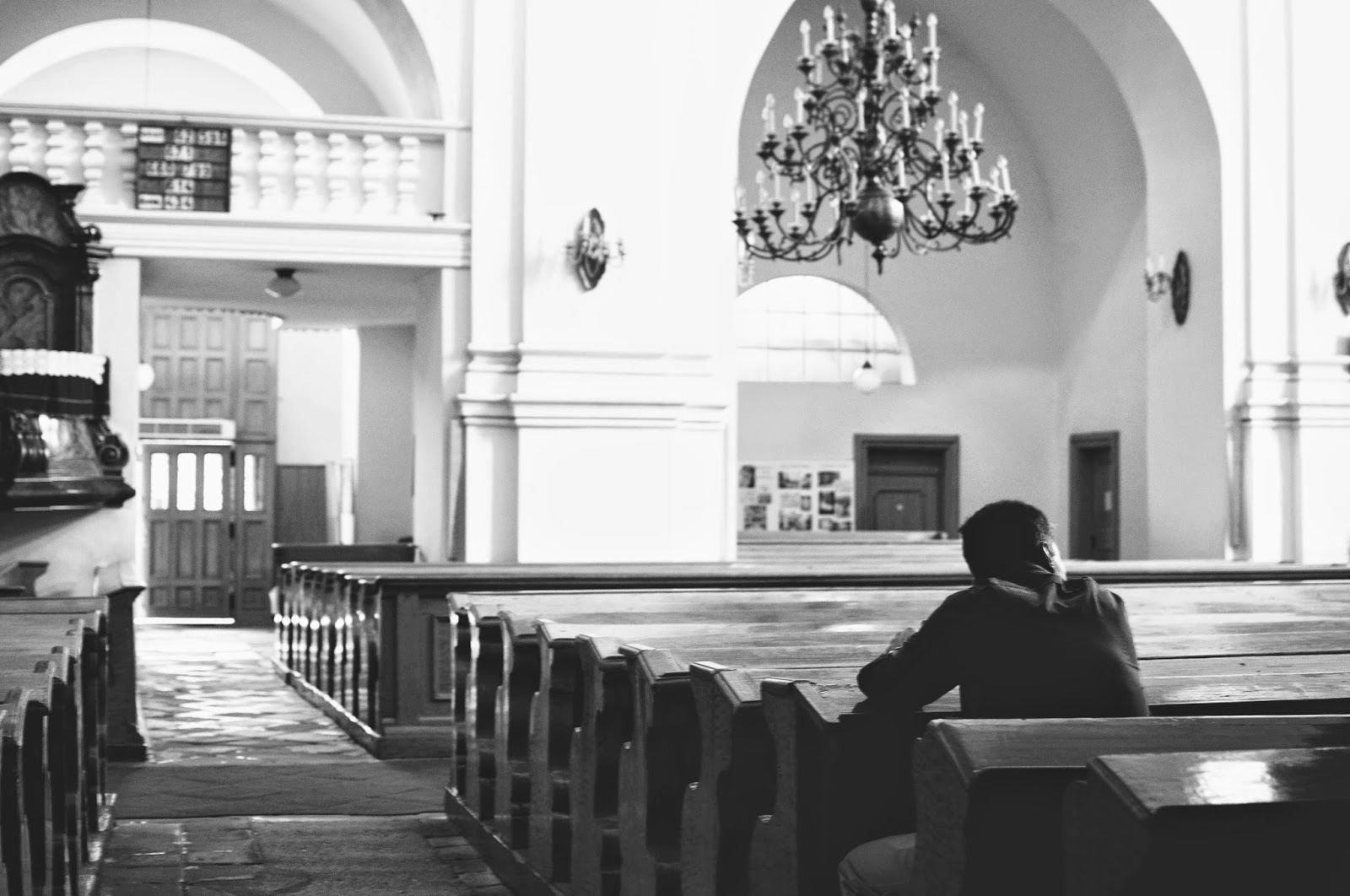 It's amazing to me to think of the dedication of the people who sat in these pews 300 years ago. Up to 6000 people could be in this church at once. What a gathering that must've been in those days! 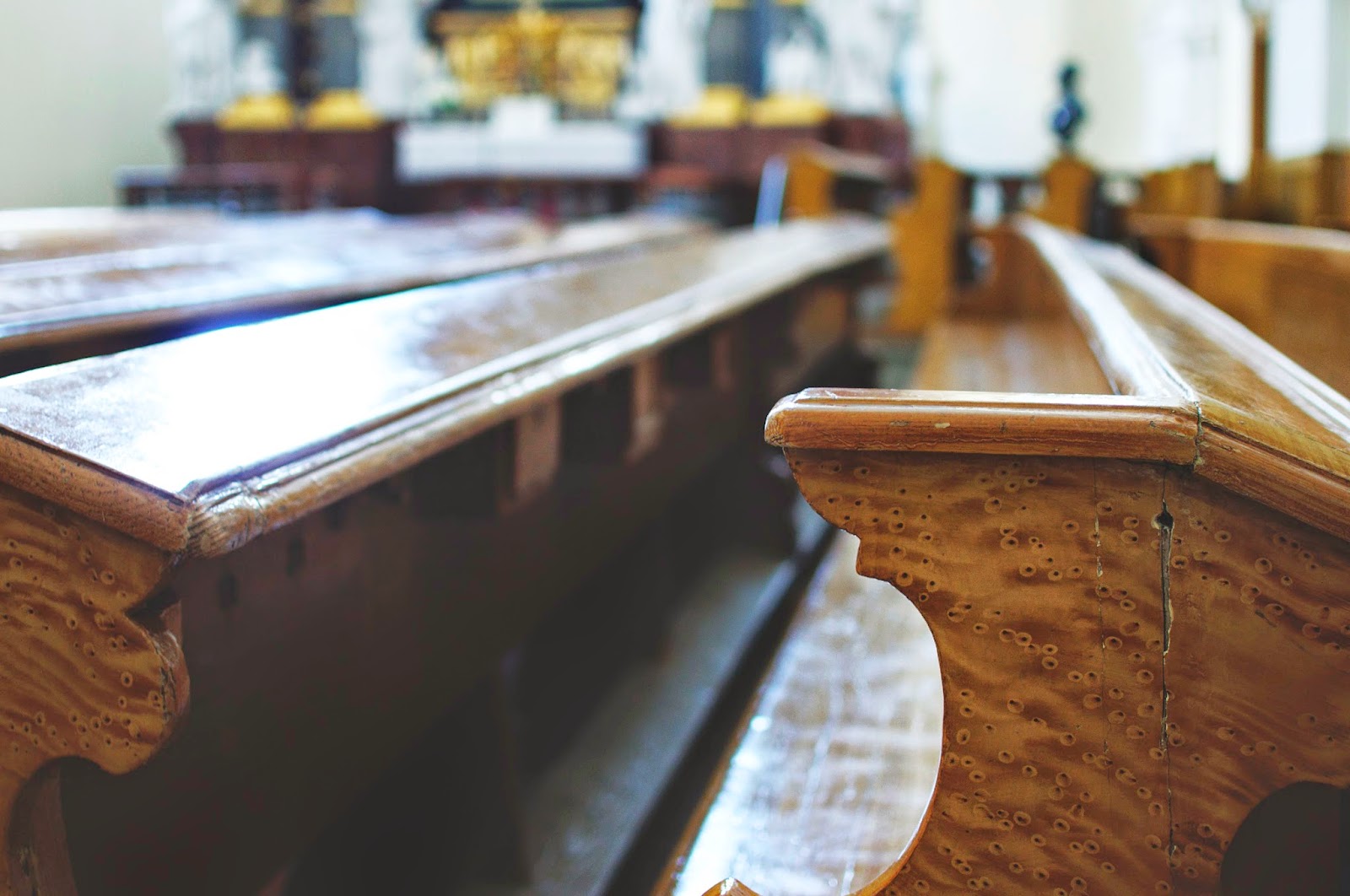 The ceiling is blue like the sky, with a sun shining in the middle and stars dotting all around. It's beautiful. 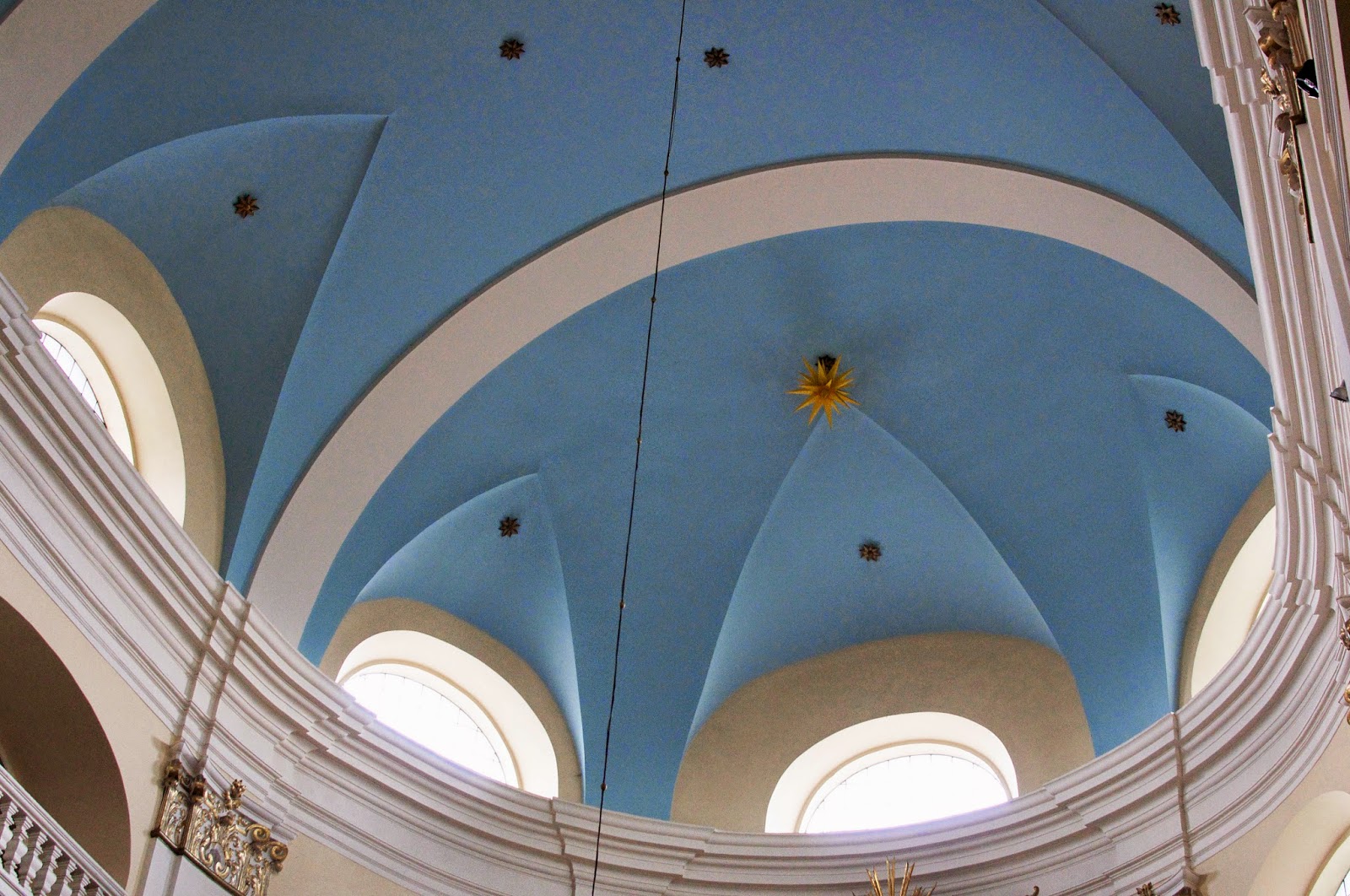 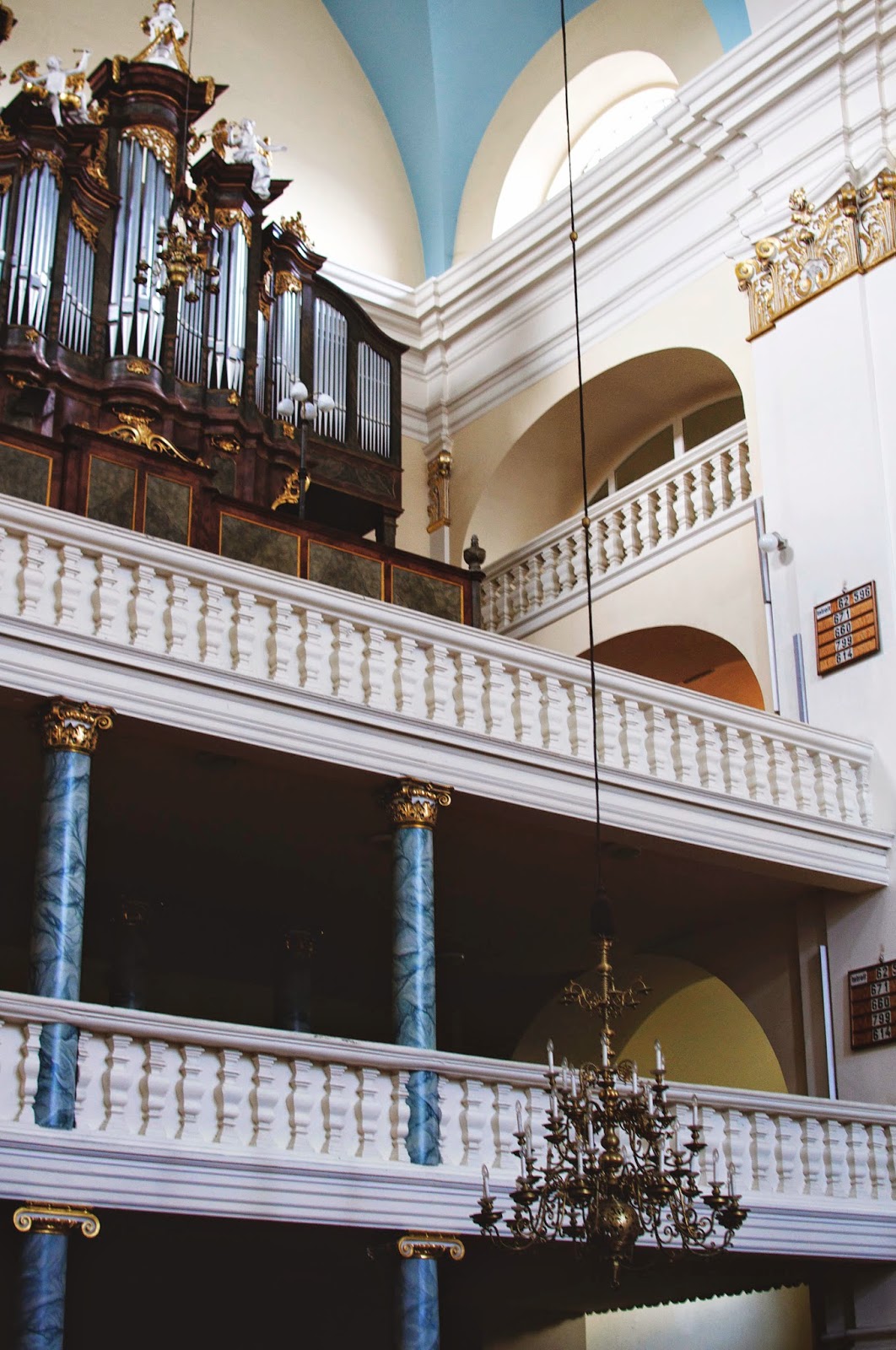 Most of the interior of church is made of wood because at the time of building they had limited funds. They were thankful for any church at all, even though they had to use simple materials. They used them well, however, because the church is stunning in its simplicity. 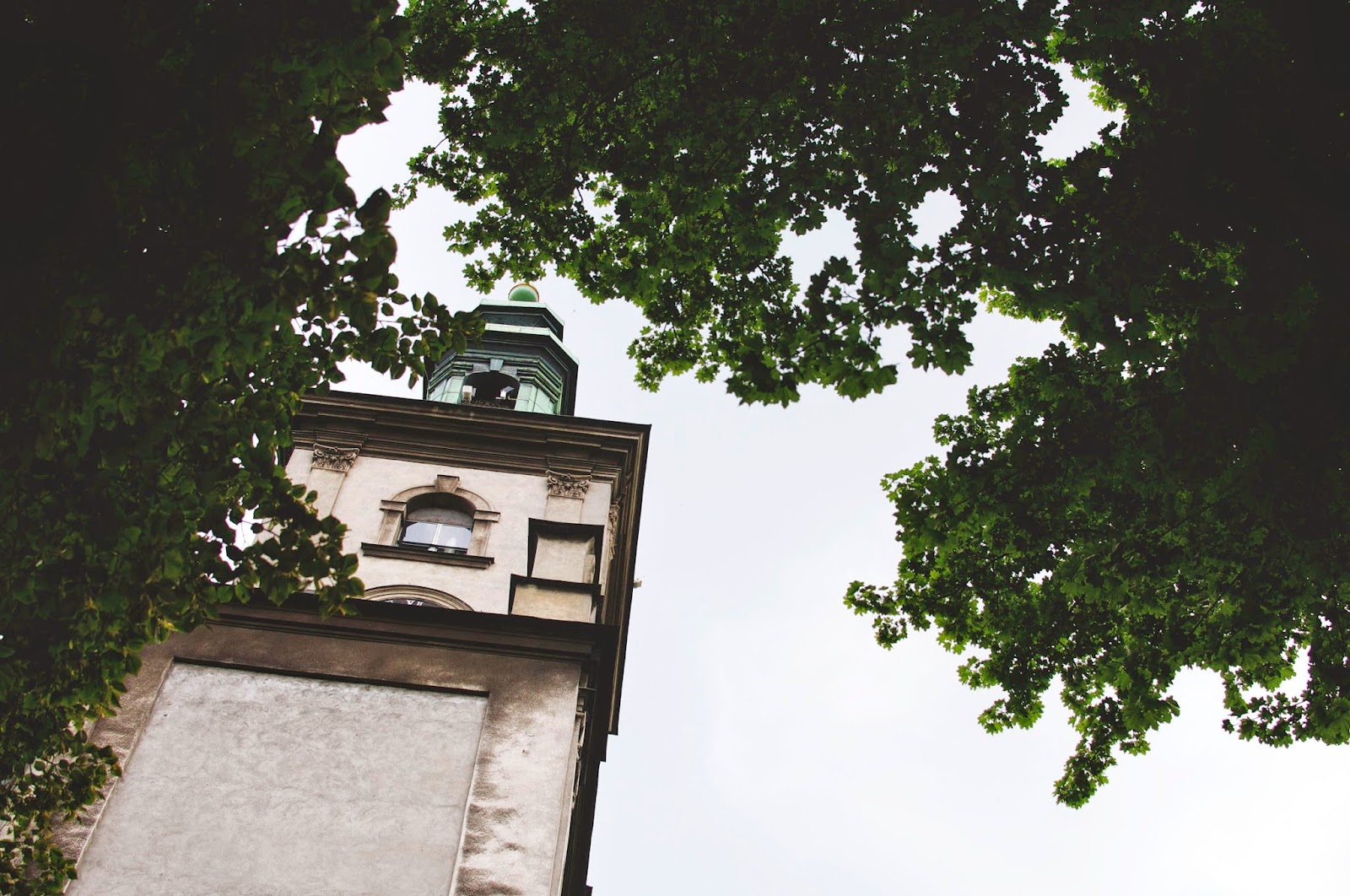 Walking around the courtyard, it struck me how much has happened in this place. How many prayers have been said for the nation here? How many hymns sung praising our Lord? How many lives changed because of this community? Dad gazed at the trees by the church and couldn't help wondering what all those trees have seen. I wish I could go back in time and see what things looked like when those trees were still small. 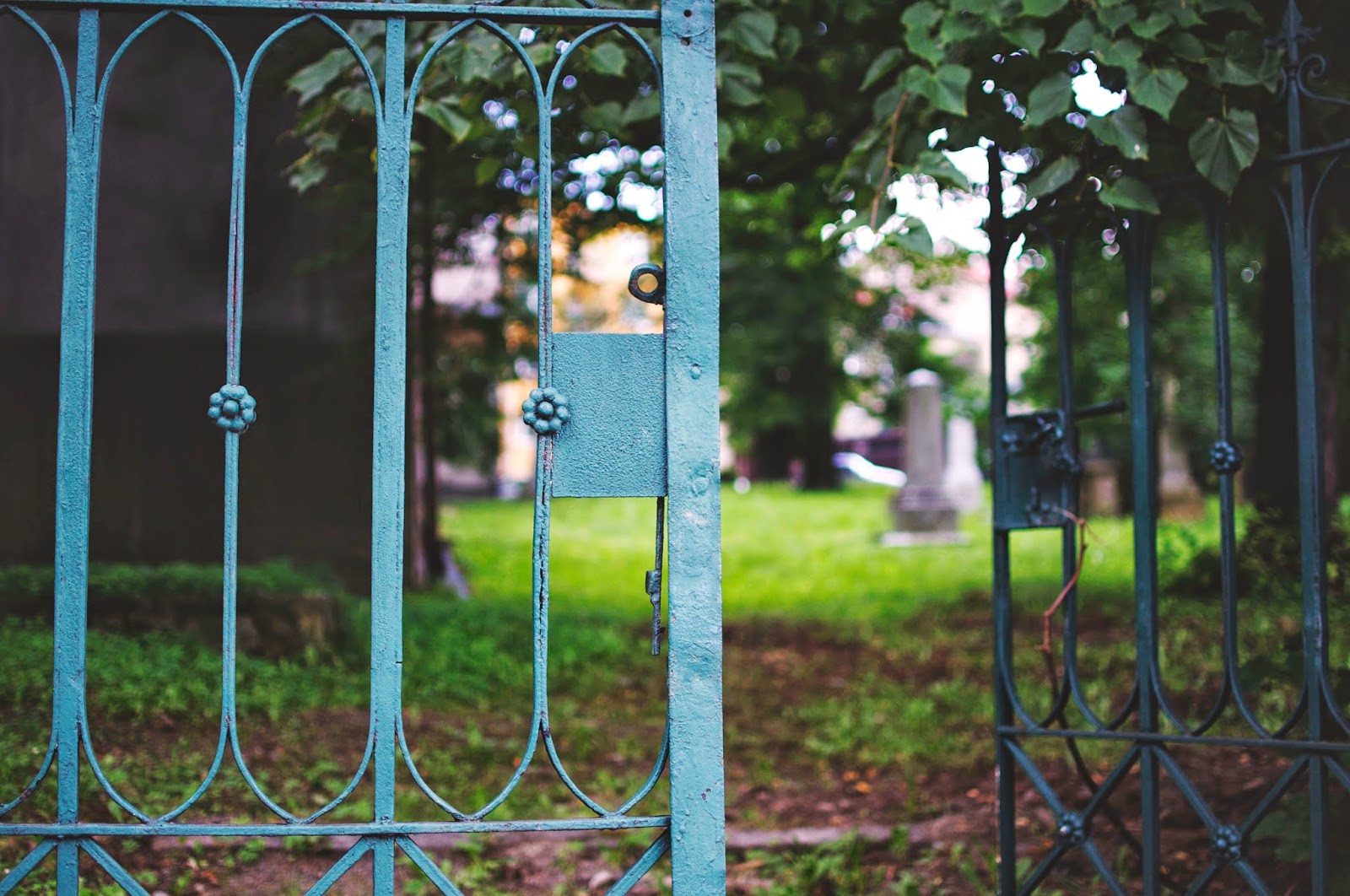 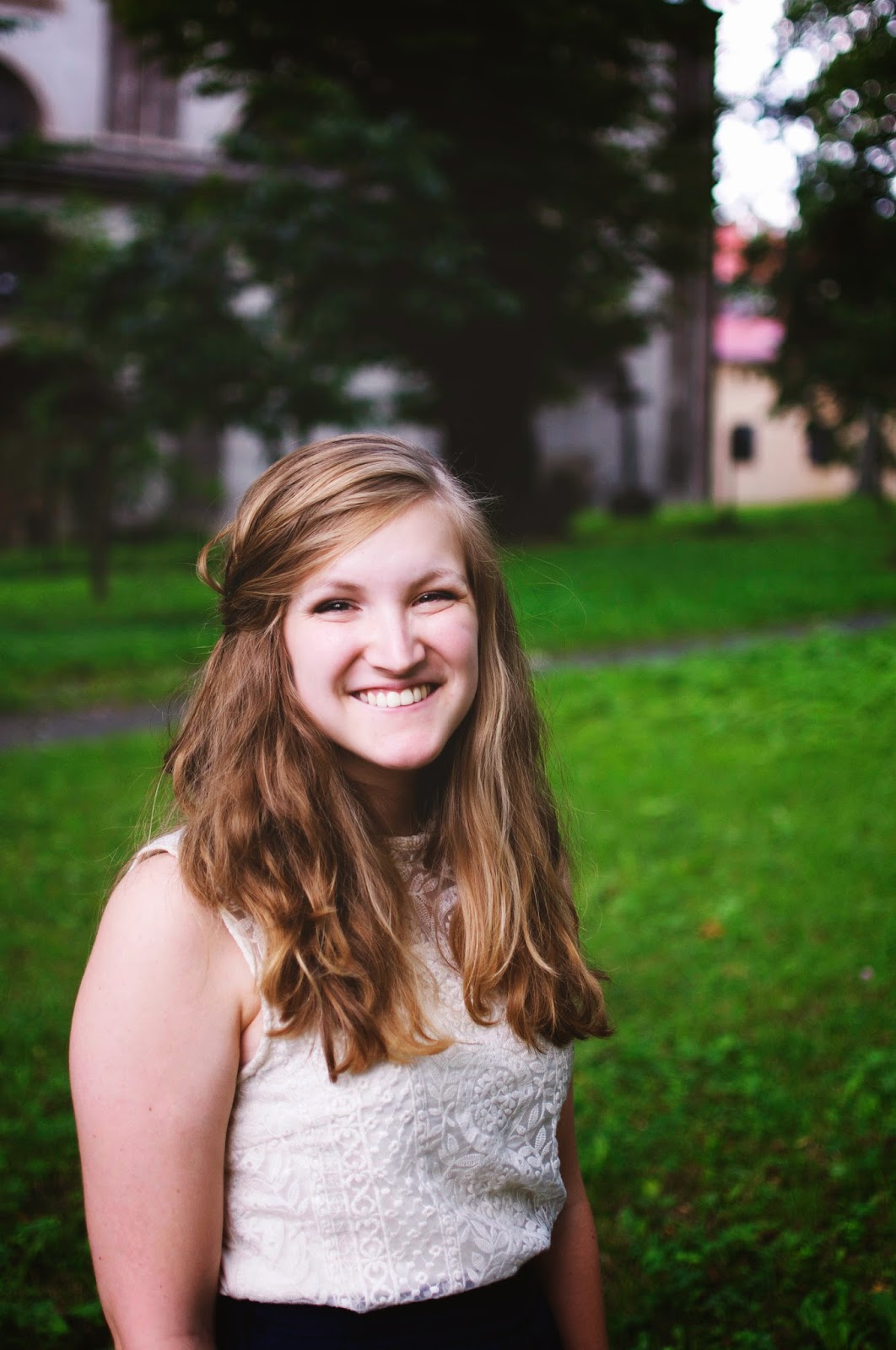 There is much spiritual history in this region, right in these valleys that I call home.

The church is small here now compared to that time, but it is growing. We continue to pray that God brings revival here again. That He sets a fire here that spreads throughout this nation and across the world, like it did in the days of the Moravian Brothers and this Evangelical Church.

Today reminded me of another reason why I loved growing up here - being a part of this spiritual heritage and having the opportunity to see God work here in these lands again.

"Let revival come. Let the people sing the glory of the Lord," as the words go to the song "Come To the Water".