One of the questions I got most often in the States while working at Gull Lake was, "what are the biggest differences between here and Czech?"

One of these things is not like the other... 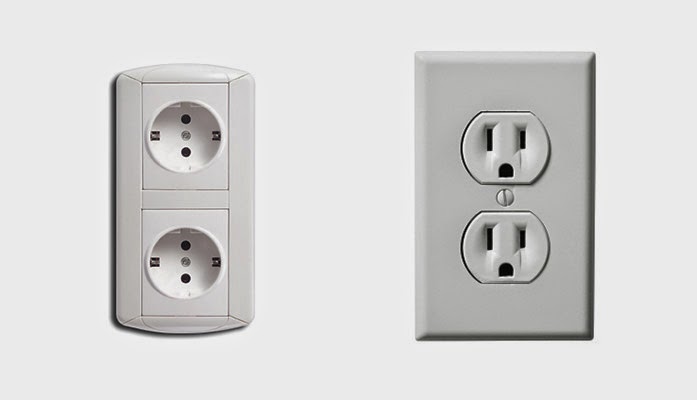 There are plenty of big differences! But that's a longer conversation. There are some little things though that I've especially noticed since being home again.

To give you a glimpse, here are five random differences between the two places I call "home"...

When I moved to the States, I actually missed European outlets! I find that plugs always fall out in America. I just always seem to be trying to balance a plug in an outlet because the prongs are so skinny and slip out easily! But I talked to another missionary friend here who is from the States who said the exact opposite - he misses American outlets. So it must be a matter of what you're used to.

The Ford F-Series (pickups, in essence) are the most popular cars in the States. We don't even have any form of pickup trucks here in Czech. People opt for smaller cars with good gas mileage.  Big cars are not really a thing here. It's all about efficiency. Trucks are a big deal in the States though, and they're useful too for different purposes!

Yep, that's right. They are different! (So is cheap toilet paper, by the way) Czech bathroom stalls typically go from floor to ceiling, and don't have gaps between the door and the stall. Some people might feel claustrophobic because you're basically in a tiny room a lot of the times, but I find that it's way less awkward that way.

When I worked at Gull Lake, some of the five-year-olds thought it was the funniest thing to lock the door and crawl out beneath the door. When I was a kid, I can recall panicking because I would lock myself into a bathroom and there was no way out but through the door. I guess there's advantages to both kinds!

Roads everywhere in Czech are so much smaller than in the States! Even a road through a small town in Michigan is much wider than our road that goes through town here. Again, there are advantages and disadvantages to this too. Small roads = also less cars, hence less stressful sometimes, but not always. Big roads = more space, not as tight, but there are also a lot more cars, so maneuvering can be stressful at times.

Last but not least... 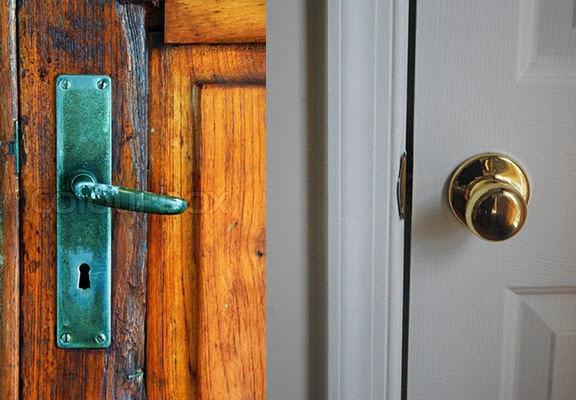 Ooh, which is better, do you think?

I can't think of a house in Czech that I've seen door knobs in. We have them on some random old doors, but it's definitely not the norm. All outside and inside doors have door handles on them (which I personally find a lot easier to use!). What would your preference be?

Those are just some of the small differences. I wish I could sit with you over coffee and talk about all the other differences too. I find it fascinating and curious to talk about.

(All images were found on Google)