I just received a corrected draft of a research paper and noticed a common theme in the mistakes I made. Often, the mistakes had to do with the Czech language.

Huh? But I'm writing in English! Czech has nothing to do with that! Oh, but it does, I found out. 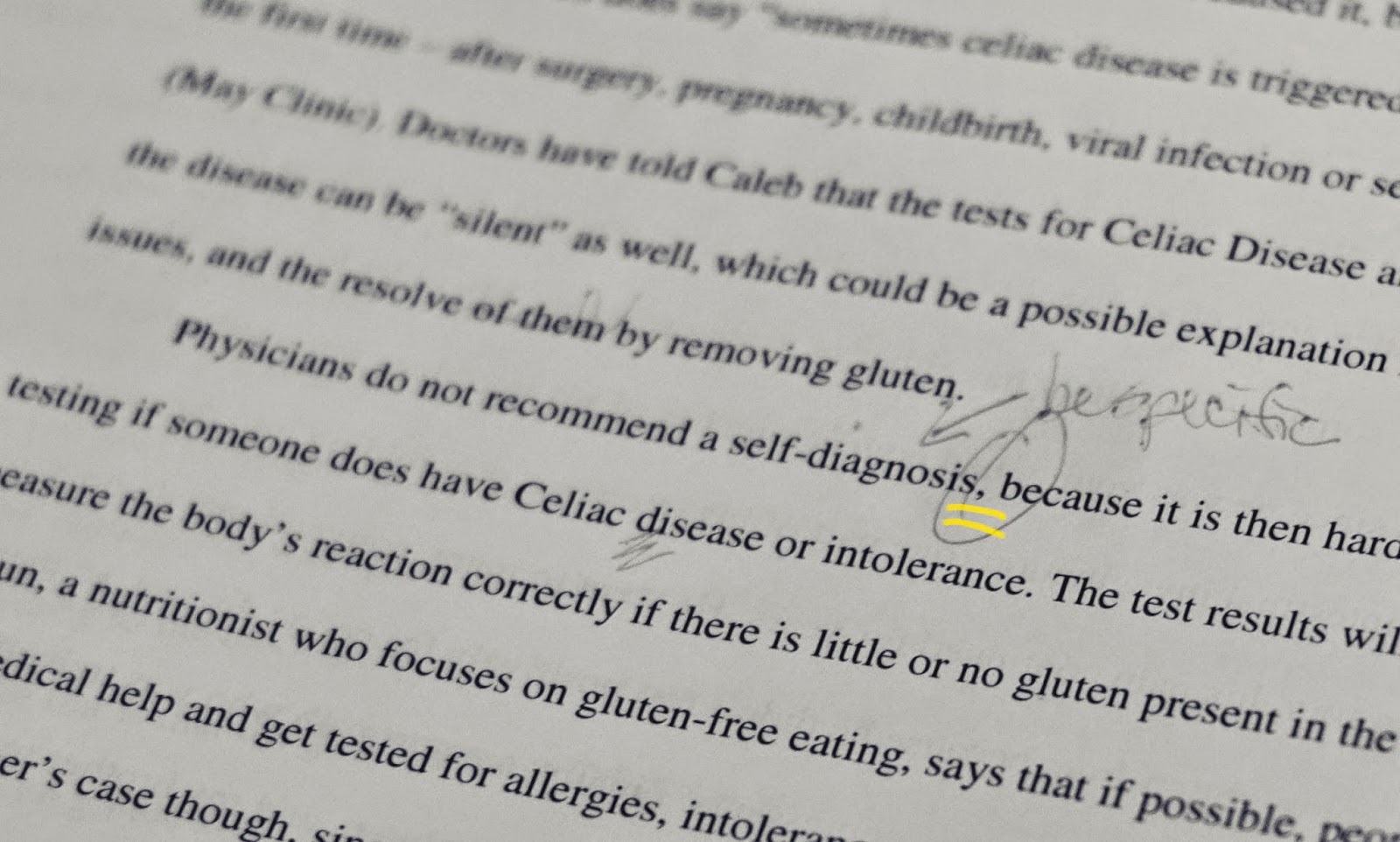 I took an online English writing class in junior-high (psssst...I highly recommend WriteAtHome!), which gave me so many skills for writing. Other than those classes, I didn't learn much English grammar until late high-school. Even then, the grammar I learned was aimed at Czechs and dealt with issues that they needed work on, not what I needed work on (rightfully so, since it was a Czech school!).

With Czech, it was the opposite. I spent plenty of time drilling Czech grammar. Writing in Czech never came as naturally to me as writing in English, so I had to learn all of the rules for when I couldn't just "feel" it. I had to learn the list of rules for commas before conjunctions (the list is complicated, really).

I did learn this list! Once I had that down, I was able to distinguish (for the most part) when to use a comma. The drawback of learning this well is that I sometimes confuse it with English.

That brings me to my paper. The most often repeated mistake I made was putting a comma before "because". Why? Because in Czech, you put commas before the word "protože".

It sure is a good thing that I have this time in the States to straighten out these minor important life skills in my first language. Now I need to go correct all those grammar mistakes in my paper. I will try to think of English grammar, instead of Czech grammar!

P.S. Heh. I really hope I didn't make any mistakes in commas while writing here. I'm going to try to be super good about it!