I am loving my American friends. Truly, they have been such a blessing, and I am thankful for the community here at Moody.

Sometimes, though, connecting with someone who understands where you're coming from is so needed.

I met Hannah the very first week I was at Moody. She was here for the International and Missionary Kid orientation, before all the other freshman arrived. She's also on my floor, a few doors down from my room. 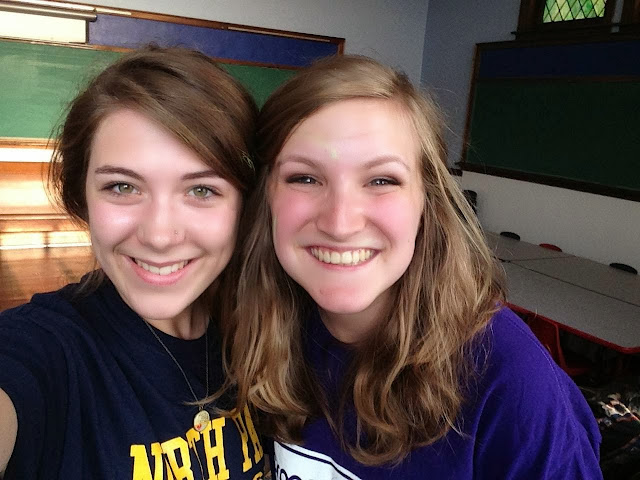 (We also have PCM together - this was our first week there, when we painted shelves for the after-school program we now help out at... wow, that seems like a long time ago now)

Hannah's family currently lives in Tunisia, and Hannah herself spent more than 3 years of her growing up years overseas. That may not seem like a lot, since she lived in the States the rest of the time, but living in a foreign country impacted her life in a way that's hard to explain. Hannah and I get each other.

Tonight we were going to go to an event together, but when we got to the room where it was held, we found out that it had been moved. We considered going to the event in its new location, but ended up spending the next hour talking about classes, professors, but then also about experiences overseas, and culture differences between countries.

I loved hearing stories about Tunisia, and Malta, where she lived. We smiled at similarities and learned things from the differences between Europe and North Africa. We understood each other's longing for travel, and change, and airports, and cultures, and other languages.

My friends at Moody have been so good about asking questions about Czech, and being interested, but usually, we all just start "fresh" with relationships. We talk about what is important to us now, where we are here. We just live life together.

I think this aspect of starting "from scratch" with relationships in college, is one of the best growing experiences, and so much bonding happens because of it.

But it's also good (and healthy) to reminisce at times, to praise the cultures we came from, and to be able to value each other's pasts. Hannah and I know what it's like to be torn between two places, and yet to belong to both at the same time.

What joy I feel from expressing those thoughts out loud, and having someone to share those with. I'm thankful for Hannah.

Speaking of reminiscing... here's a "Throwback Thursday" photo... of home! 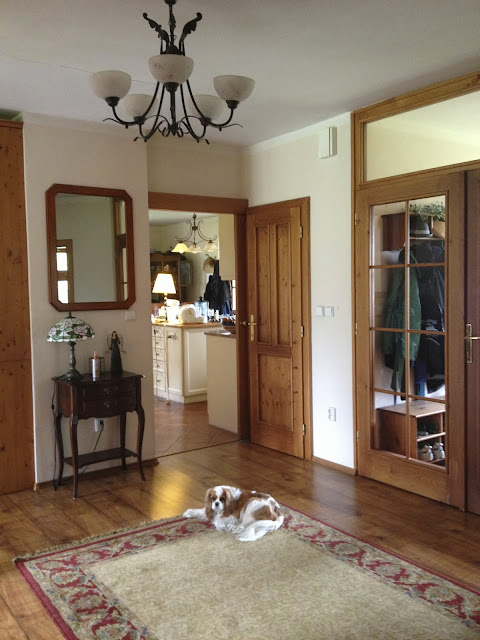 I can't dwell on the past, but I can acknowledge it, and value it just as much as the present. I'm in the process of learning that.

Email ThisBlogThis!Share to TwitterShare to FacebookShare to Pinterest
Labels: moments