Europe in my backyard

It all started with a sunny day, a light breeze, and a free hour between classes and PCM.

I was sitting on the lawn outside of Moody, soaking in the colorful leaves and rays of sunshine, reading my Bible. I felt so happy just to be in the fresh air.

Out of the corner of my eye, I saw an older lady walking veeeeery slowly up the sidewalk towards me. I could tell she was staring at me, so of course, I was very aware of her presence. (I am in the city, after all... anything could happen) 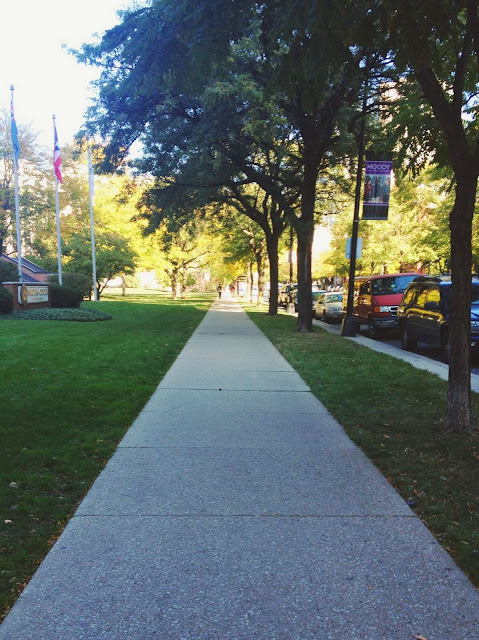 This lady kept slowly drawing nearer, and finally stopped right next to me. I looked up from where I was sitting on the ground, and she started talking to me in very broken English.

"You should never sit on the ground. You will get sick," she said.

For the next couple of minutes she calmly and sweetly scolded me for sitting outside in the Fall, telling me all the reasons why it was so bad. She kept reminding me that it was very dangerous. According to her, I should never ever sit on the ground (unless it's July or August), because I may get sick, or not be able to have children. Yep, she said that.

As soon as she started talking, I got the biggest smile on my face. It only took that one statement about sitting on the ground to realize that she was probably European. That, and her accent sounded familiar. After a little while, I interrupted her (politely), and asked her where she was from.

I've never been to Russia, but I still instantly felt a bond between us, as from two Slavic countries. When I told her that I was from the Czech Republic, she didn't understand me at first. It wasn't until I said "Česká republika", that she got it. She repeated "Czech" to me, but in Russian:

From that point on, there was a connection between us. We introduced ourselves (though I can't remember her name now), and I learned that she is/was a holistic doctor, and lives in Jenkins (one of the dorms on the outskirts of campus, which is also a home for seniors). She also told me that she attends the Orthodox church down the road from Moody, and knows some Czech people there. All the time, she was speaking with many pauses, trying to find the right words to express herself in her second language.

She guessed that I was a Moody student, and asked me if my parents were Baptist.

"But we have the same Lord Jesus Christ," she said with conviction.

She radiated. I felt giddy inside.

I stood up off the ground, figuring there was no way I was going to get out of that. I've heard this lecture before in Czech about sitting on the ground, and a European grandma will not give up when it comes to health. She told me one more time not to sit outside, on the grass, or on the concrete. I thanked her, and said, "God bless you." She took my hand and then hugged me, and kissed me on the cheek.

Never, ever, would I have expected to have that kind of encounter while sitting on the lawn outside of Moody on a Friday afternoon. Who knows where she really was spiritually, but what she did say blew me away. We have the same Lord Jesus Christ.

Even though we come from different church backgrounds, and we probably have very different doctrines, and understandings of what it means to be a Christian, she still grasped what was most important: Jesus is our Lord.

When I moved to Chicago, I didn't anticipate that I would encounter Eastern Europe so powerfully here.

I'm thankful I did. 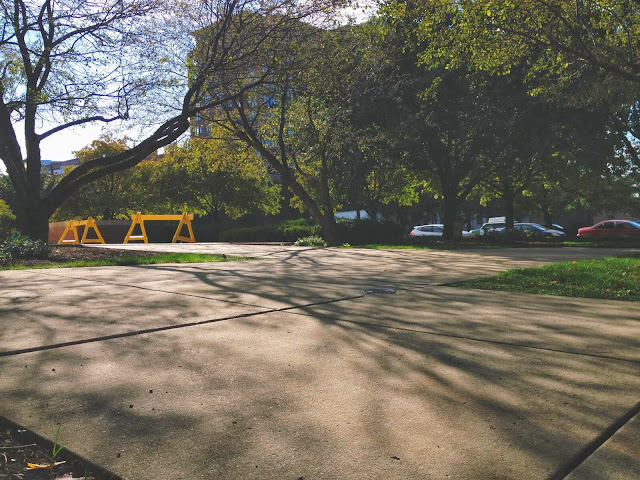